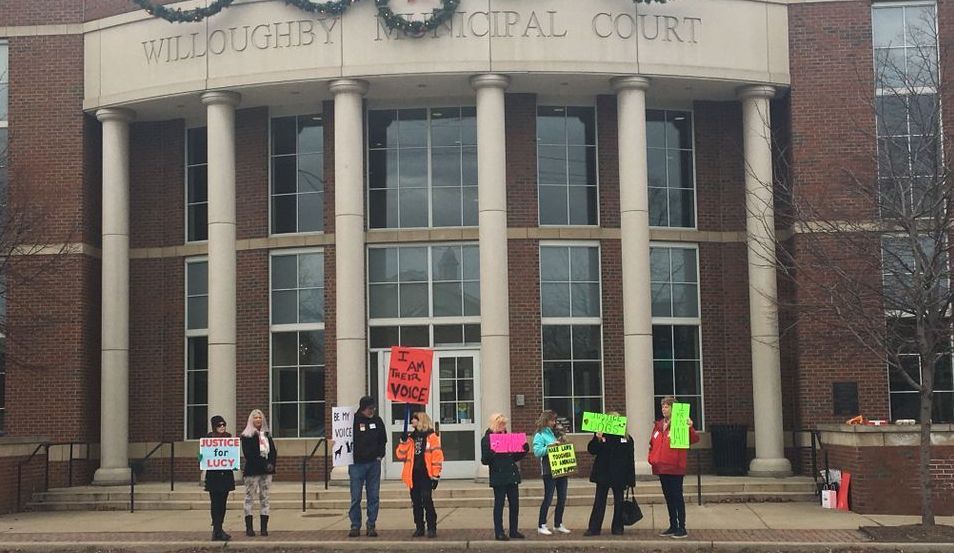 Protesters rallied at the Willoughby, Ohio courthouse Thursday where couple Alvaro Torres and Heather Pica Torres appeared for a preliminary hearing after allegedly abandoning a dog named Lucy. The pit bull mix was found on the side of the road next to a dog cage and dirty pillow; police say it looked as if she had been left there in freezing temperatures for several days. 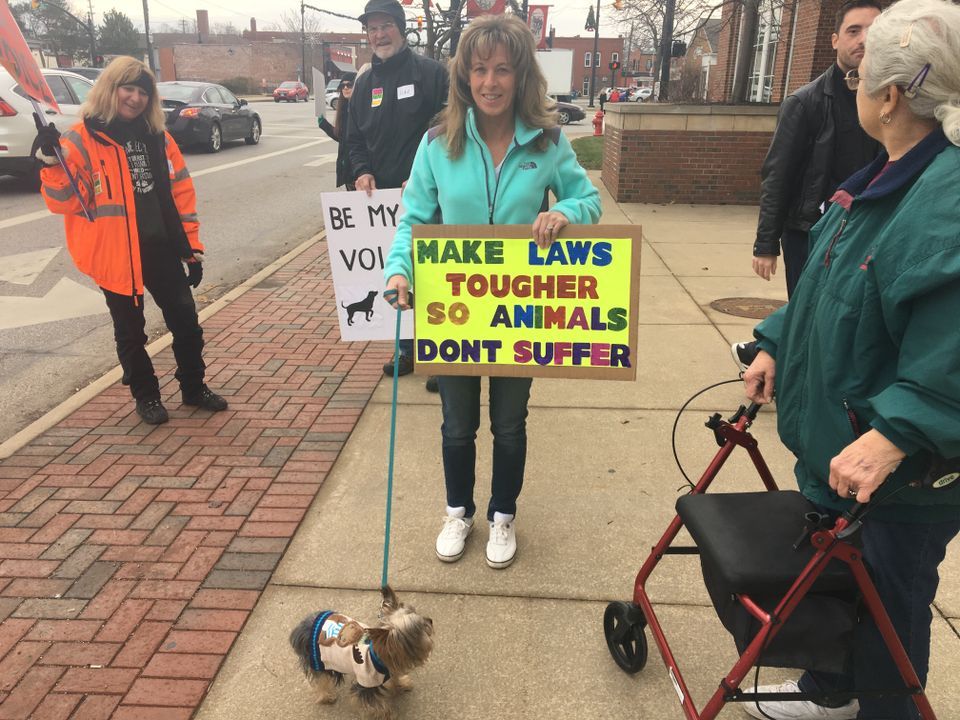 The couple is charged with cruelty to companion animals — a 5th degree felony — and having an unlicensed dog, a misdemeanor.

The lonely pup needed urgent surgery to remove a large facial tumor. The Lake County Dog Shelter, who has been caring for Lucy, reports that the surgery was successful and the tumor was benign.

LFT launched a petition regarding the case, urging the prosecuting attorney to take this crime seriously:

Thursday’s protesters said they were horrified to hear about the cruelty, and had to take action.

“This blatant abuse and neglect must be punished,” animal advocate David Sickles wrote in a letter to Prosecutor Richard J. Perez.  “I strongly urge you to strenuously prosecute and seek the maximum penalty in this case, and in all cases that involve cruelty and neglect.”

Ms. Torres, who appeared with a lawyer, waived the preliminary hearing and turned the case over to the Lake County Grand Jury for consideration. Mr. Torres did not have an attorney, and requested a continuance.

The protestors promised they will continue to show up to all further court dates until justice is served for Lucy. 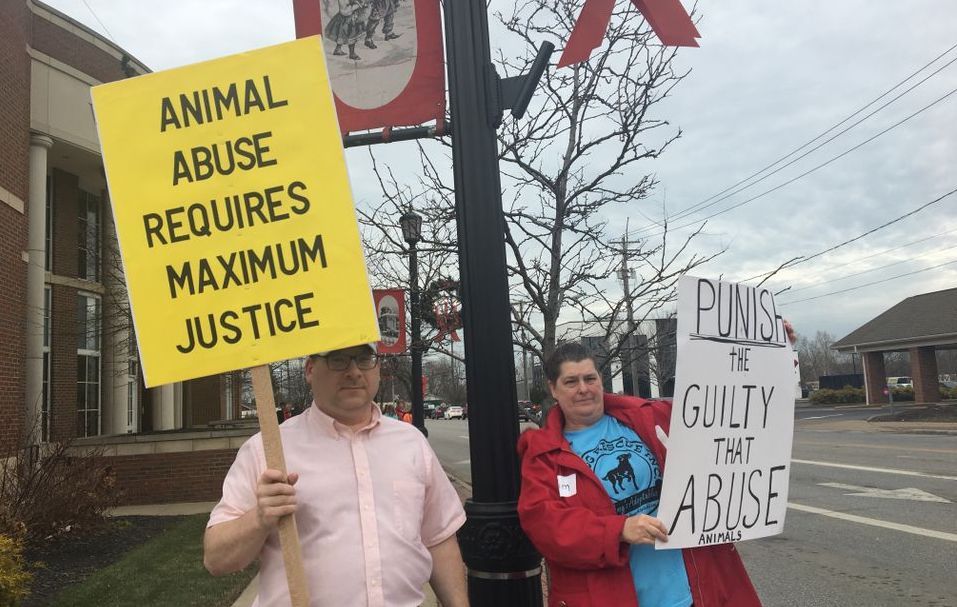