Polluted California Is Fighting the Rollback on EPA Regulations 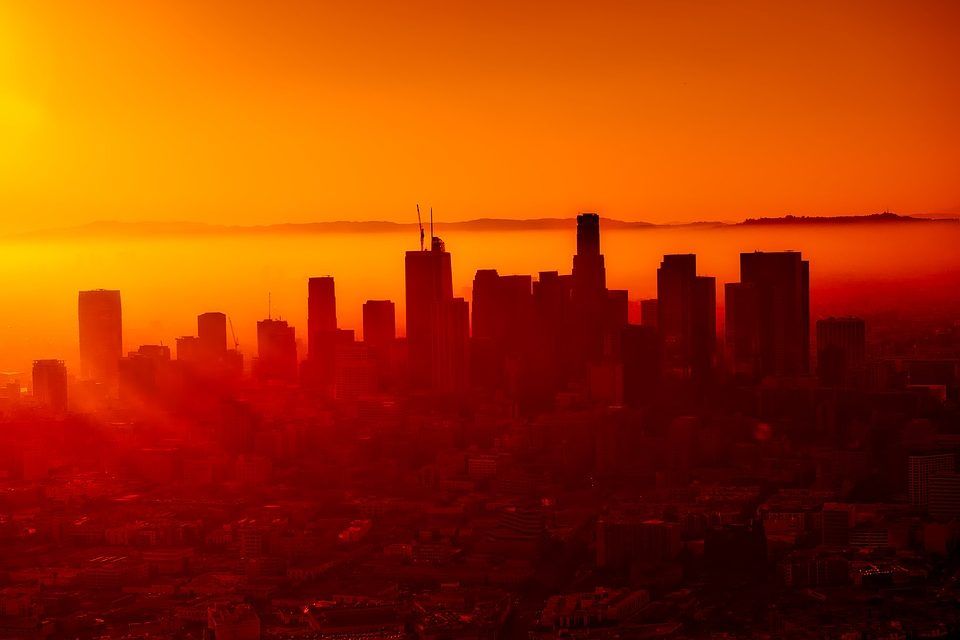 California, a state applauded for its investment in renewable resources, living wages and recycling, is also a state struggling with overwhelming ozone pollution. Ozone pollution — also known as smog — has placed eight California cities in the top ten “most polluted” cities on the American Lung Association’s most recent State of the Air Report, making California easily the single most polluted state in the nation. Cities located within Southern California’s extensive valley systems are the worst offenders, many of which far exceed EPA guidelines for smog and particle pollution.

For some of these cities, the worst is yet to come as urban populations continue to rise. Areas such as Sacramento and San Diego have experienced continual expansion as people begin to leave eastern metropoles such as New York and Boston and head west.

In the past year, Sacramento experienced a healthy 1.43 percent population swell — which, while not topping the list of growing cities, certainly puts it above the average. For many cities around California, the year-round warm weather and natural beauty draws droves of new settlers.

However, continued population growth also poses a major problem for those cities already struggling against air pollution. For California cities, this problem is especially debilitating, as personal car ownership in California is much higher than in many other areas.

In Los Angeles, California’s largest metropolitan area, only 12 percent of households don’t own a car, a comparatively small percentage beside New York’s 54.5 percent and Chicago’s 26.5 percent.

With each new household — most of which have cars — the strain on California resources continues to grow exponentially. In some cases, this manifests in other, more nefarious ways — the cost of health insurance coverage for pollution-related symptoms continues to rise as more cars pour their emissions into the valleys.

With a more complete picture in mind — pollution-steeped valley cities with high car ownership and continued population growth — California seems to have plenty of problems. However, changes on the national level are complicating an already substantial issue.

Since Scott Pruitt became the new head of the EPA in 2017, the agency underwent some notable changes. From denying climate change science to rolling back business and domestic regulations, the regulatory power of the EPA is at an all-time low. This philosophy of deregulation and free market found its way into vehicle emission regulations as well.

Obama-era legislation pushed for a domestic vehicle fleet averaging 50 miles per gallon and allocated resources to the EPA to help ensure people met the regulations. However, in April the agency vowed to ease these standards, claiming the changes were conducive to the free market and in the best interest of car manufacturers. The changes, when implemented, will lower the average gas mileage to 36 mpg by 2025, a significant cut from the original goal.

California itself is somewhat of an exception when it comes to EPA regulations. In a waiver issued to the state during the original 1970 Clean Air Act, California is allowed to create its fuel regulations, so long as those regulations are tighter than those proposed by the EPA. Pruitt’s office recently commented on this, stating the EPA would reexamine the waiver following the rollback. Should California continue implementing the Obama-era regulations — which is currently allowed via waiver — some significant problems arise.

Mostly, auto manufacturers will end up forced to follow the prior regulations, regardless of EPA rollbacks. California, in holding the title for the most populated U.S. state, also holds a tremendous amount of power when it comes to manufacturing regulations. If car dealerships hope to sell to the roughly 40 million people living in the state, they will have to follow the stringent California legislation regardless.

For its part, California is also poised to fight this legislation in court. The EPA has moved to regulate fuel standards across states, which would potentially nullify the waiver. The lawsuit stretches beyond California’s right to control its air standards, however. Citing the health and safety of citizens and the greater environment, California Attorney General Xavier Becerra doubled down in his threat to sue the administration.

Although the state has its issues, California may finally be fighting back at the pollution that plagues the city. While a growing population and more cars increase the problem, California is somewhat exempt from EPA regulations. Fighting this legislation could help California control its problem and curb some of the health impacts of pollution.