PETITION: Justice for 20 Kangaroos Run Over in Sadistic Killing Spree 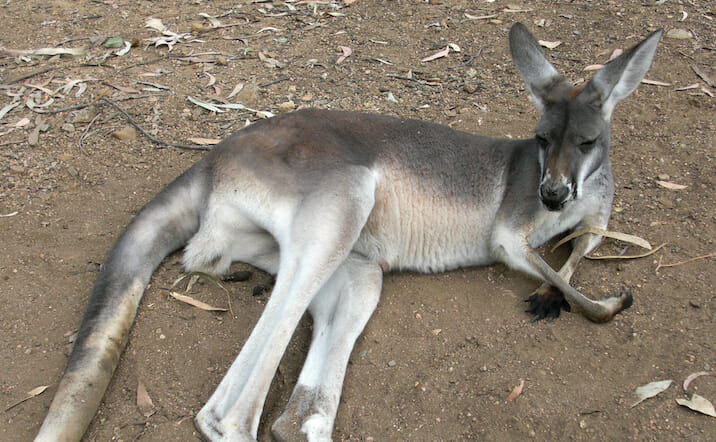 UPDATE  (1/3/20): Nathan Sanger received a two-year correction order for this horrendous crime. Despite pleading guilty, Sanger walked free after being sentenced to 500 hours of community service.

This mild sentence is shocking for such a brutal crime. We must use our voices to speak out against animal cruelty and urge law enforcement and the law to hold animal abusers accountable. Please call, email, or write Magistrate Dick to share your dismay at this paltry sentence, which sends a message across the nation that animal torturers will get away with their crimes.

A teenager has been charged for a horrific, hour-long rampage in rural Australia when he reportedly plowed his vehicle deliberately into approximately 20 kangaroos, killing them in a mindless act of violence.

Shocked locals discovered the lifeless bodies of the murdered kangaroos – including several baby joeys – scattered across the lawns of a residential area in Tura Beach, New South Wales, on the morning of Sunday, September 29.

Police say the perpetrator went on a brutal killing spree between 10:30 p.m. and 11:30 p.m. the previous night, smashing into the defenseless creatures with his utility vehicle. Along with the kangaroos who were killed outright, several were so seriously injured that officials had no choice but to euthanize them.

New South Wales police have arrested a 19-year-old man in connection with the offence and charged him with torture and causing death to animals. He has since been released on bail.

The attacker who committed these heinous crimes against innocent kangaroos and their babies must be stopped from killing any more animals.