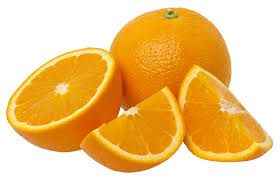 Thanks to 12,000 tons of food waste, a portion of a Costa Rican forest is now thriving.

In the 1990s, researchers offered an orange juice company (Del Oro) an appealing deal. The juice manufacturer would donate part of its land to a national park in exchange for the right to offload waste orange peels and pulp at a designated site in the park.

But in a twist, another O.J. manufacturer sued and won a case in front of the Costa Rican Supreme Court— it was decided that dumping waste orange peels and pulp for biodegradation was “defiling” the land. The Court mandated that the dumping stop.

Subsequently, the area where Del Oro had left tons of orange waste was left and forgotten.

Until 2013 that is, when researchers from Princeton University were looking for a project. The researchers consulted with ecologists who were involved with the initial deal with Del Oro, and suggested it was time to take a look at the orange waste offloading site to investigate.

The site, in Área de Conservación Guanacaste (ACG) in Costa Rica, had blossomed and undergone significant growth. According to Timothy Treuer, a lead author of the new study about the site, “The area that received the orange peels was divided from the [area that did not receive the peels] by a single track dirt road, but the two areas looked like completely different ecosystems….  it was so completely overgrown with trees and vines that I couldn’t even see the 7-foot-long sign with bright yellow lettering marking the site that was only a few feet from the road.”

The researchers compared the area where Del Oro had dumped with other land and found that the orange waste area had richer soil, more tree biomass, and more forest canopy.

It’s not news that there is a lot of food waste. Food thrown into in landfills releases greenhouse gases and takes up space; therefore, making creative uses and disposal techniques of waste is crucial. This study illustrates a waste disposal/reuse strategy that benefitted private industry and the environment– a seemingly rare combination that we should strive for and replicate as often as possible.