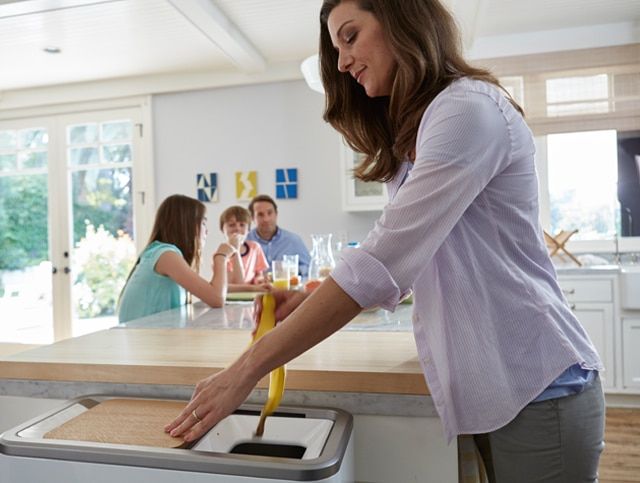 To turn old scraps of food into fertilizer usually takes a lot of patience. Most people just throw out their leftover fruit and vegetable skins without even entertaining this eco-friendlier option.

But making fertilizer at home just became a whole lot easier. On Friday, Whirlpool Corporation announced the release of its Zera™ Food Recycler. The system, designed by WLabs, is available for pre-order on Indiegogo and will soon be available via retail.

“Zera™ Food Recycler brings a purposeful innovation to consumer kitchens, and delivers on an increasing demand for more environmentally-driven solutions for the home,” said Jennifer Bonuso, Senior Director of CPG & WLabs in a press release.

The system is a first of its kind in the states. Within one week, it breaks down a week’s worth of food waste. It’s also conveniently sized, and can be placed right next to a kitchen counter so consumers can brush in food scraps right away.

How can it decompose food so quickly?

The unique appliance manages a combination of factors that speed up the process. Oxygen, moisture, heat, and mixing allow the appliance to rapidly turn your waste into fertilizer. Unlike compost piles or other systems, the Zera™ can be used year-round since you use it inside your home. In addition, consumers can control the the appliance remotely by using a mobile app. 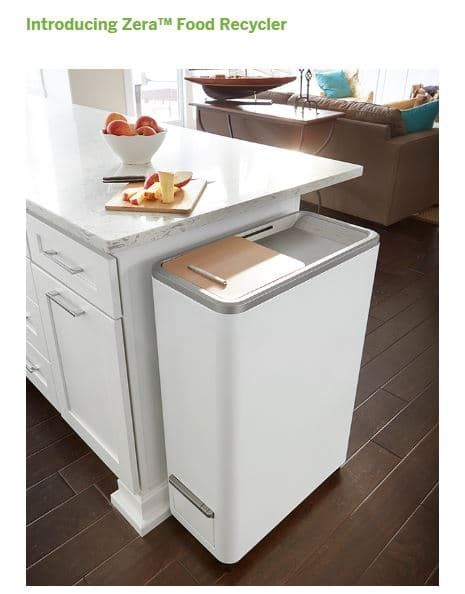 “We know Americans are looking for easier, more efficient ways to recycle food scraps, and the Zera™ system makes that possible,” said Bonuso. “We’re excited to bring this offering to consumers and Indiegogo is a great platform to do so, allowing us to connect with consumers in a new and compelling way.”

Whirlpool commissioned a study on American patterns of food waste and found the average family throws out about 400 pounds of uneaten food each year. Strikingly, this waste makes up about 20 percent of landfills in the states. It doesn’t have to be this way, though. Food scraps can be managed to reduce waste in landfills and used as fertilizer instead. Now, the whole process has become easier and more accessible.

But why would such a big, well-known company like Whirlpool Corporation release something on Indiegogo?

In fact, this isn’t the first time Whirlpool Corporation has released a product through the crowdfunding platform. They also released their Vessi™ Beer Fermentor and Dispenser on Indiegogo earlier this year.

Doing so helps Whirlpool get feedback for their new systems and tap into a global community of backers. Those who help fund the Zera™ receive some benefits as well:  The first 50 backers get a discount. Instead of paying the $1,999 retail price, they will receive it for $699.

“The value for companies like Whirlpool Corporation using Indiegogo isn’t simply being able to raise funds through the platform,” said Slava Rubin, founder and Chief Business Officer of Indiegogo, “but being able to connect directly with its customers and receive immediate feedback on new products.”

Aside from Indiegogo, the Zera™ Food Recycler will be available in test markets at select retailers such as Treehouse in Texas, Abt in Illinois, and Williams-Sonoma in California.