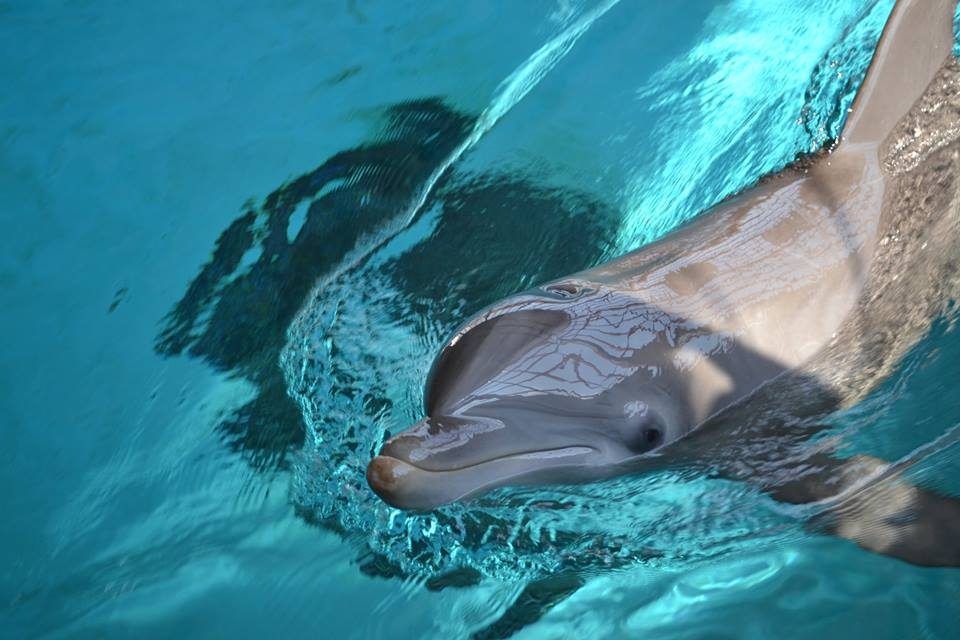 One of eight dolphins that will be relocated to the National Aquarium's seaside sanctuary. (Image courtesy FaceBook.)

The National Aquarium in Baltimore, Maryland announced their plans to retire eight bottle nose dolphins to an oceanside sanctuary. Plans are marked to be carried through by the year 2020.

Dolphins are unable to thrive outside of their natural habitats, where they socialize in large groups, swim long distances, and interact with other natural stimuli. Only one of the eight of the aquarium’s captive dolphins has ever swam wild in the ocean before, and that was back in 1972. The remaining seven dolphins were all born in captivity, six at the National Aquarium in Baltimore and one at Sea World in Orlando, Florida.

“We know we cannot keep these animals happy and healthy in captivity,” Heather Rally, a veterinarian for the PETA Foundation, told the Baltimore Sun.

Recognizing the dolphins’ state of need, the Aquarium has spent the last five years deliberating over how to take action. In 2013 the Aquarium launched BLUEprint, a planning effort aimed at balancing audience expectations with the commitment to rescue, protect, and care for aquatic life. The staff and board at the National Aquarium weighed whether to rebuild the dolphins’ existing facility in a more natural style or to move the dolphins to a seaside sanctuary. The decision was ultimately made in favor of moving the dolphins to an oceanside habitat where they can fully thrive.

“We now know more about dolphins and their care, and we believe that the National Aquarium is uniquely positioned to use that knowledge to implement positive change,” John Racanelli, the Aquarium’s CEO, said in the announcement. “There’s no model anywhere, that we’re aware of, for this. We’re pioneering here, and we know it’s neither the easiest nor the cheapest option.”

The sanctuary will be located in an outdoor, seawater facility with a year-round tropical climate. The National Aquarium is currently scouting spots for the dolphins colony’s new home in the Florida Keys and the Caribbean. The site will be significantly larger than their current facilities, measured in acres rather than feet. The habitat will include a vegetated shoreline with fish and mangroves, designed flexibly to keep the dolphins engaged. Lifetime customized human care for each of the eight dolphins will also be included.

Moving the dolphins to a sanctuary is a groundbreaking step in absolving the damaging effects to marine life kept captive for entertainment. It shows that the National Aquarium is in the process of evolving from a sea life attraction to an aquatic conservation group. The decision to move the dolphins to a wild sanctuary also marks a general shift in the attitude toward the treatment of animals, notes Sylvia Earle, an author and marine biologist.

“The idea of providing sanctuaries for elephants, chimpanzees, big cats— and now dolphins— is a sign of a maturing ethic of caring unthinkable in past millennia, centuries, and even decades,” said Earle.

The maltreatment of marine life has gained increasing visibility in part due to the release of documentary style films such as Blackfish and The Cove. Protests backlashing against the treatment of captive marine animals in particular have mounted in frequency and size over the recent years. Animal parks such as the National Aquarium have responded to the public outcry by implementing change in their treatment of wildlife. This just goes to show that standing up for the rights for animals can cause meaningful change over time.