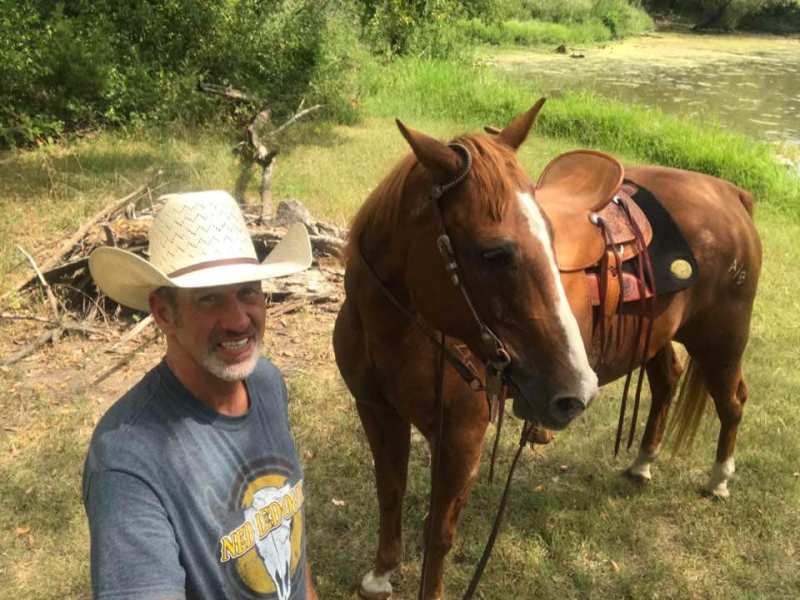 In a heart-warming story that shows how strong human-animal relationships can be, a cowboy battling cancer was granted his dying wish to see his treasured horse one final time.

55-year-old Kevin Adkins had spent almost 20 years in the daily company of Vic, his 27-year-old horse. His illness didn’t alter his devotion to his equine friend, as he continued to spend hours each day taking care of Vic even after his ill-fated diagnosis.

“They’ve been partners for all these years,” explained Jennifer Wadley, whose family owns the ranch where Adkins bought Vic. “It could be pouring rain; it could be snowing; it could be hotter than heck; he was always here. It’s truly a love story between a man and a horse. It was just an unbelievable friendship.”

After fighting cancer for three years, Adkins checked into the hospital and wasn’t able to see Vic for weeks. He asked his family and friends to help him see his four-legged friend one last time, and his daughter Delaney made his wish come true. After spending a few magical moments with his beloved horse, Adkins passed away the very next day.

“Just a note to let you all know that our dear friend and long-time boarder … went to heaven this morning,” D&J Ranch wrote in a Facebook post. “We loved him dearly, and he will be missed so much by all. His face was one that we saw almost every day, and he always had a smile. He never hardly missed a day with his horse Vic … even with the tremendous pain he was dealing with towards the end with his cancer. So much love and respect for this man.”

Adkins’s funeral will take place on February 15, where Vic will be an honorary pallbearer.