Man Who Choked Girlfriend, Beat Puppy to Death with Pipe Gets 25 Years in Prison 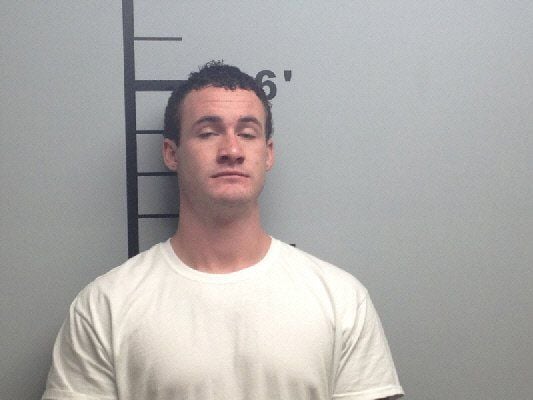 A Benton County, Arkansas court enforced laws protecting animals and families from violence last week by sentencing a man to 25 years for assaulting his girlfriend and killing her puppy. The 24-year old, Dusten Ward, pleaded guilty to three felony charges – second-degree domestic battery, aggravated assault on family or household member, and aggravated cruelty to a dog.

The crime occurred on October 24th, 2017. Brooke Teague, Ward’s girlfriend, told police they were arguing about her puppy, an 11-week old hound, when he became violent. According to a local news report by KSFM, he pushed her against a wall, choked her multiple times, and banged her head into the wall until she lost consciousness.

The abuse didn’t stop there. When Teague came to, she was outside the house. She tried to reach for her phone to call for help but Ward broke her phone with a metal pipe. He then used the pipe to beat Teague and finally her puppy.

Teague was sent to Northwest Medical Center-Springdale and treated but the puppy didn’t make it.

There’s no explanation for why Ward became so belligerent toward Teague and her puppy and there certainly isn’t any justification for such behavior. Yet all too often people use violence like this toward others and toward animals. People who beat puppies with pipes, or put them in freezers or microwaves, need to know what they are doing is wrong and has serious consequences.

Having stronger animal cruelty laws and a national database of animal cruelty is a step in the right direction. Still, there’s more work to be done both here and abroad. Countries like China, Russia, and Iran lack significant protections for animal welfare.

Animal abuse is cruel in itself, but it is also a strong predictor of how people will treat other humans. In Ward’s case, the link between animal abuse and domestic violence was all too real.

In this case, the judge took a strong stand against the violence. Ward was sentenced to 25 years, a $1,000 fine, and a 15-year suspended sentence once he is released from prison.