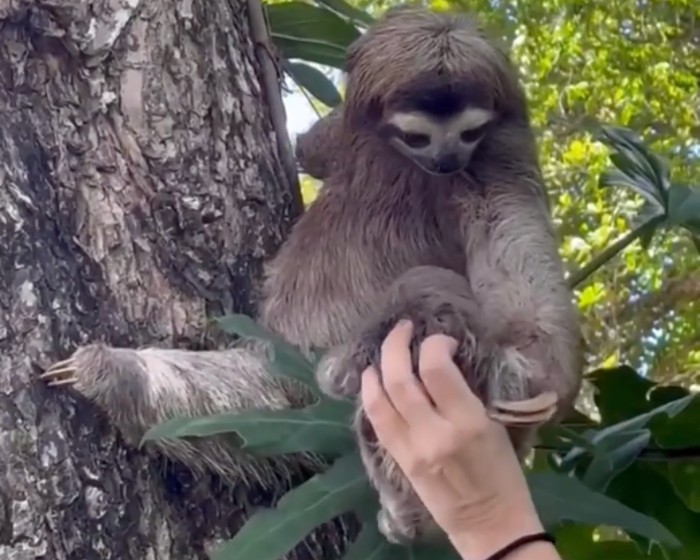 A 3-fingered sloth and her baby were reunited by rescuers after being separated in the rainforest near Playa Chiquita beach in Costa Rica.

The baby sloth ended up falling accidentally onto the forest floor, and the vulnerable animal’s mother was unable to locate her, People magazine reported.

Fortunately, a staff member from Jaguar Rescue Center (JRC) noticed this dangerous situation and immediately took action, picking up the baby and noting the location of the mother sloth climbing back into the tree canopy, the organization reported on Instagram.

After taking the baby to a veterinarian to make sure she was OK, JRC personnel recorded the baby’s cries and used the recording to attract the mom when they attempted to reunite the separated pair.

Fortunately, the sound of the baby drew the concerned mother sloth down from the tall trees. JRC staffers patiently waited to give her back her youngster, according to People and the JRC.

Rescuers use this innovative recording method every time they encounter a sloth separation, JRC said in the rescue’s Instagram post.

“It melts our hearts every time we can witness the reunion of a mom and her baby,” JRC said in its viral post, which has garnered tens of thousands of likes.