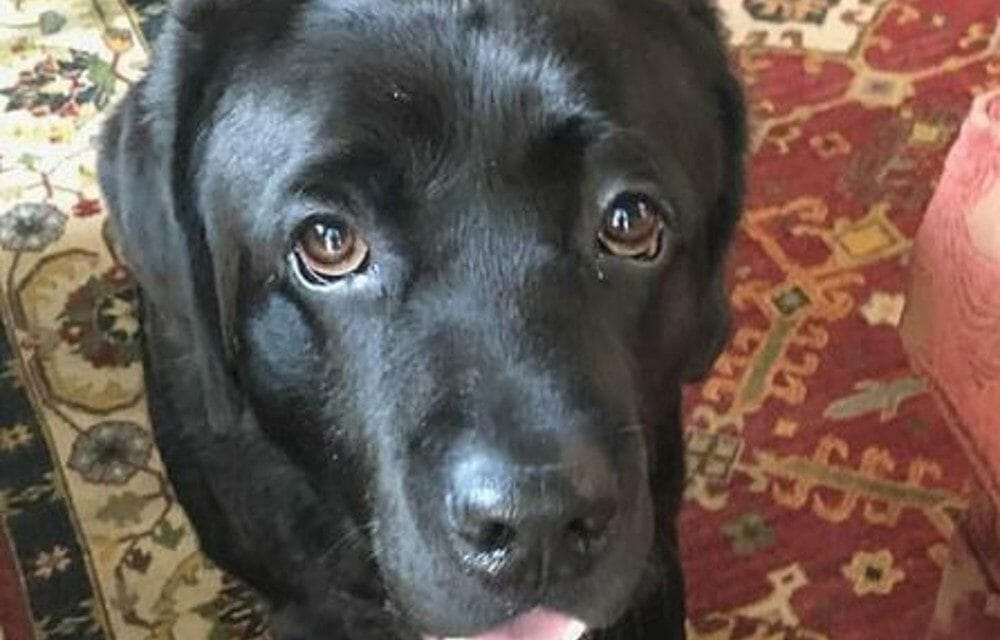 An intensive, multi-day search to find a missing 63-year-old woman with dementia ended happily for her and Max, a black Lab who stayed by her side on a Texas trail through storms and heat and whose barking ultimately led rescuers to save her life.

Katy resident Sherry Noppe disappeared on May 3. Surveillance footage located her walking with Max near an elementary school, and her family told searchers she likely may have headed to a trail in George Bush Park, according to KTRK.

Rescuers combed the area for days before they turned off their ATVs and heard barking in the early hours of Friday, May 9.

That sound led them off trail to a marshy area about two miles from Noppe’s home and Max, who was stalwartly stationed at his guardian’s side, even though he wasn’t wearing a leash or collar and was not otherwise restrained there.

Rescuers rushed Noppe to a hospital, where she was treated for dehydration, cuts and bruises. Max got a vet check. Both reportedly are now doing fine.

"It's a small miracle that she's alive after being missing for so long," said Constable Ted Heap. "Our concern now is getting her out of the woods and to a hospital for a medical evaluation. Thank you to @TexasEquuSearch along with the army of searchers who never gave up."

“That just shows you the loyalty the dog has,” Noppe’s son Justin told People. “He saved her life. He’s our hero.”

TexasEquuSearch, which provides volunteer search efforts assisted with the search and rescue.

This story is an incredible reminder that dogs, and many other animals, possess many of humanity’s most valued traits – courage, loyalty, and love – and that they deserve to live lives free from pain and suffering. We are overjoyed that this story has a happy ending thanks to Noppe’s brave canine companion.