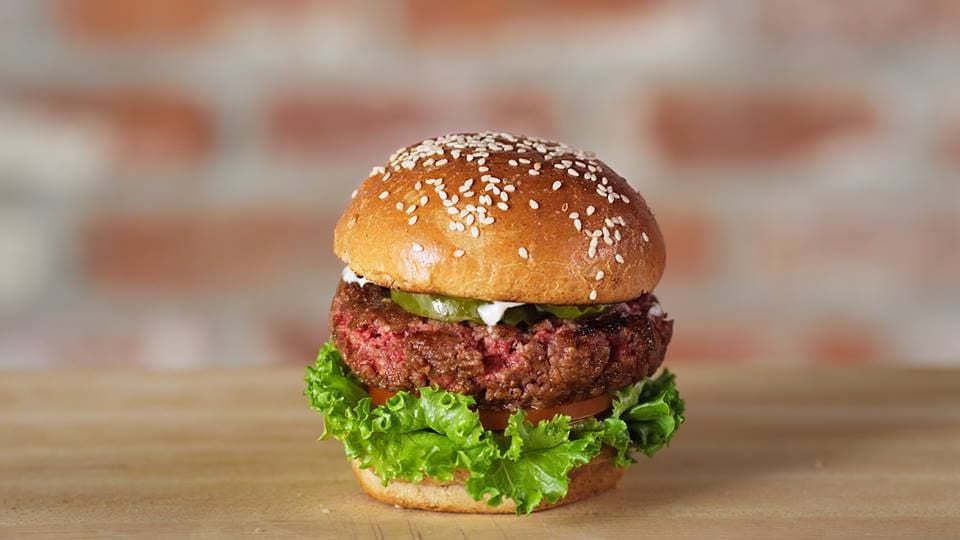 Scarcity no more! If you’ve been dying to get your hands on the elusive — and eerily beef-like — Impossible Burger, your lucky day may be drawing near.

Impossible Foods, a Silicon Valley startup known for its vegan burger that looks and tastes just like the real thing, has launched its first large-scale facility which, over the course of 2017, will be able to produce 1 million pounds of plant-derived meat per month.

The new plant, based in Oakland, California, is expected to grow quickly with at least 80 new recruits during 2017, and to produce enough meatless beef for 4 million burgers per month.

“Industrial meat production, beef especially, is hugely harmful to our environment and is one of the major sources of greenhouse emissions warming our planet,” explains Judit Langh, Citizen Public Relations for Impossible Foods, interviewed by LadyFreethinker. “Animal agriculture also occupies nearly one-half of the non-frozen landmass on our planet, consumes vast amounts of water and is the leading driver of species extinction. As the worldwide population grows and gets richer, the appetite for meat is increasing, making current methods of industrial beef production even more unsustainable.”

So where did the now-infamous Impossible Burger get its roots (no pun intended)?

“We started with a simple question: ‘Why does meat taste like meat?’ We spent the next five years researching every aspect of the unique sensory experience of meat, from how it looks raw to how it sizzles and what happens when we sink our teeth into a burger,” continues Langh. “Then we recreated the precise flavors, textures, aromas, and nutrition of ground beef — using only plants. By understanding meat at the molecular level, we made a juicy burger that’s delicious, yet nutritious. The fast-growing team includes scientists, engineers, chefs, farmers and foodies.”

The burger should have a positive impact on the environment, and also on people’s health.

“Producing the Impossible Burger requires a quarter of the water used to produce the same burger from a cow, 1/20th of the land and 1/8th of the greenhouse gas emissions. In fact, switching from a conventional burger made from cows to a quarter-pound Impossible Burger saves as much water as a 10-minute shower. It eliminates the greenhouse gasses emitted by driving 18 miles in an average car. And it liberates 75 square feet of land for wildlife,” continues Langh.

“We expect our impact only to improve as we optimize our process. It is made entirely from simple plant ingredients including wheat, coconut oil, potatoes, and heme – a special ingredient that contributes to the characteristic color and taste of meat by catalyzing all the complex flavors when the burger is cooked and is also abundant in plants.”

And we can attest: it really does taste like meat.