Iceberg The Size of Delaware Breaks Off Ice Shelf in Anarctica 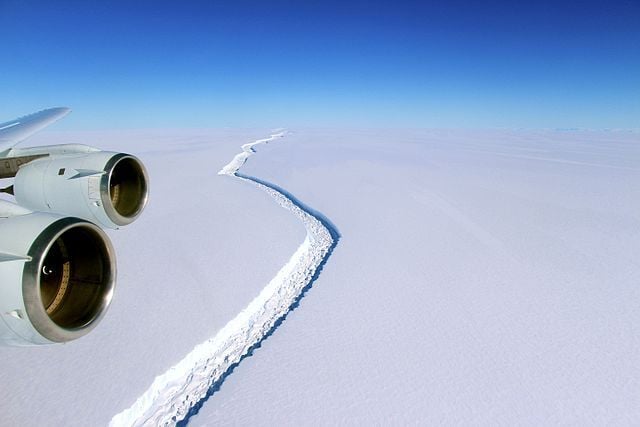 A one trillion ton iceberg broke off of the Larsen C ice shelf in Antarctica earlier this week. Over 2,200 miles long — the size of Delaware — this iceberg is one of the largest ever recorded. It is expected to be called A68. NASA/USGS Landsat satellites have recorded the growth of the splintering since its beginning in 2006 until its eventual calving just days ago.

Monitored by scientists of Project MIDAS as the rift began to develop, the iceberg was calved from Larsen C between July 10 and July 12.  According to Project MIDAS, the break reduced Larsen C’s area by more than 12%, forever altering the Antarctic landscape. 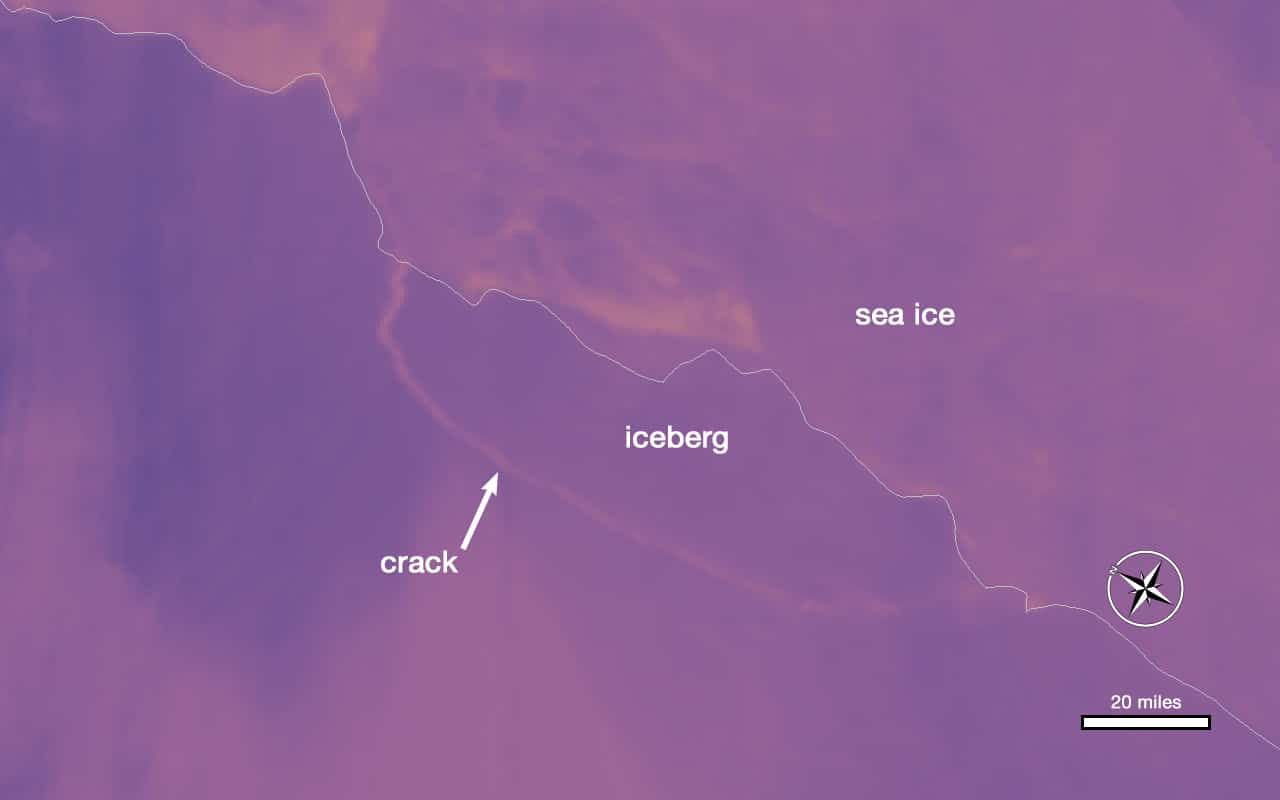 The calving of the iceberg seems to be following a significant pattern. Project MIDAS has been observing the Larsen since 1995, when Larsen A collapsed, followed in 2002 by a shockingly rapid collapse of Larsen B in just one month’s time.

Although this event may not result in immediate rises in sea levels, if the ice shelf continues to  deteriorate there will most certainly be repercussions. Without ice shelves to feed, glaciers will simply run right into the ocean, which will eventually lead to rises in sea levels.

“Unabated climate warming of several degrees over the next century is likely to speed up the collapse of West Antarctica, but it could also trigger irreversible retreat of marine-based sectors of East Antarctica. Whether we should do something about it is simply a matter of common sense. And the time to act is now; Antarctica is not waiting for us,” warns Eric Rignot, glaciologist at NASA’s Jet Propulsion Laboratory. 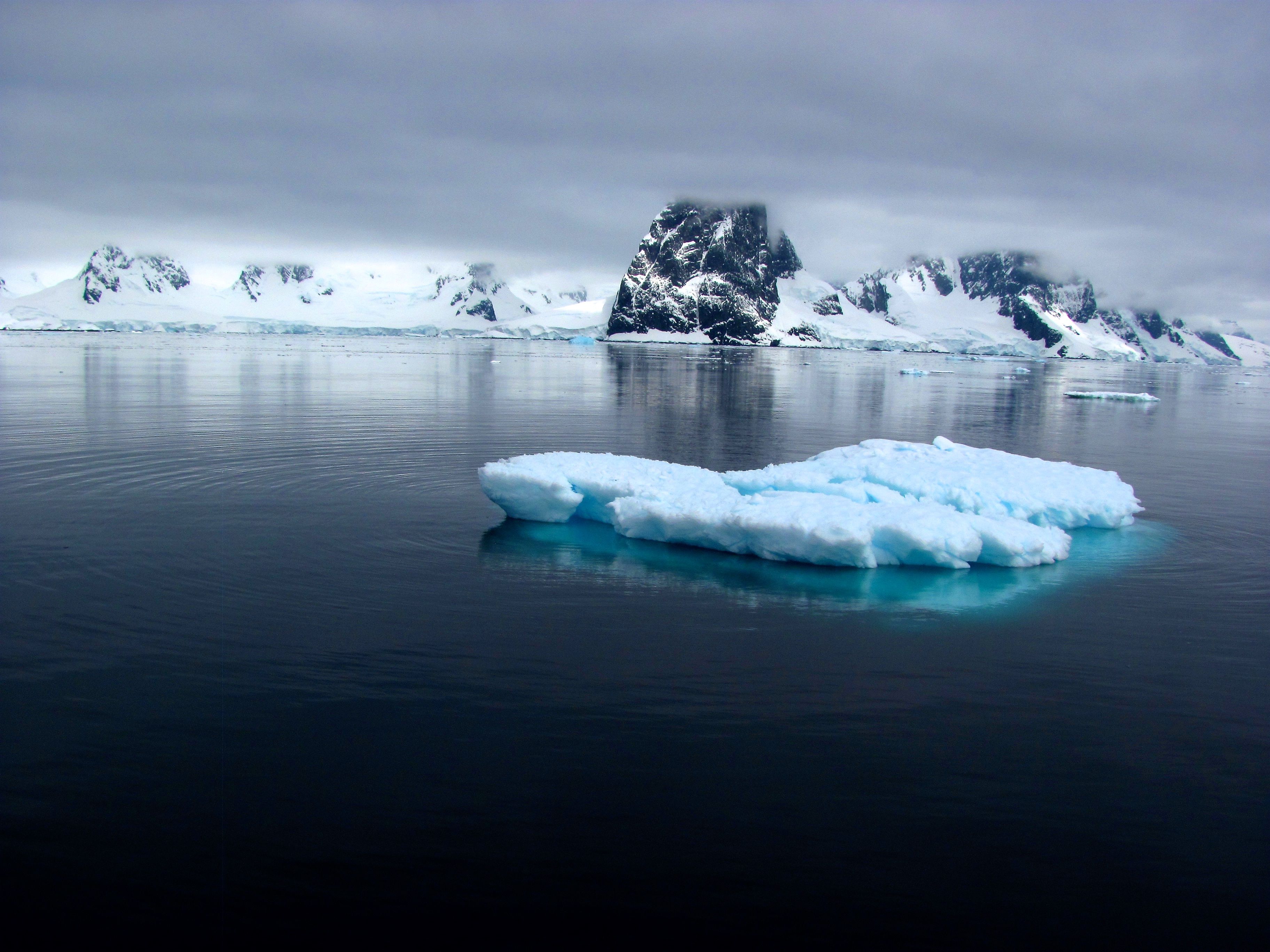 The time to act is indeed now. The temperature changes and extreme weather affecting the entire world is primarily a result of human activity,  including rapid increase in human population and mass deforestation worldwide.

The biggest culprit when it comes to global warming is the meat and dairy industry, which is responsible for over 30% of worldwide GHG emissions, not to mention the unnecessary cruelty it inflicts upon animals and the health problems it causes for humans. Reducing animal product consumption is a clear solution to fighting climate change. It is time we take the issue seriously: for people, for animals, and for the planet.