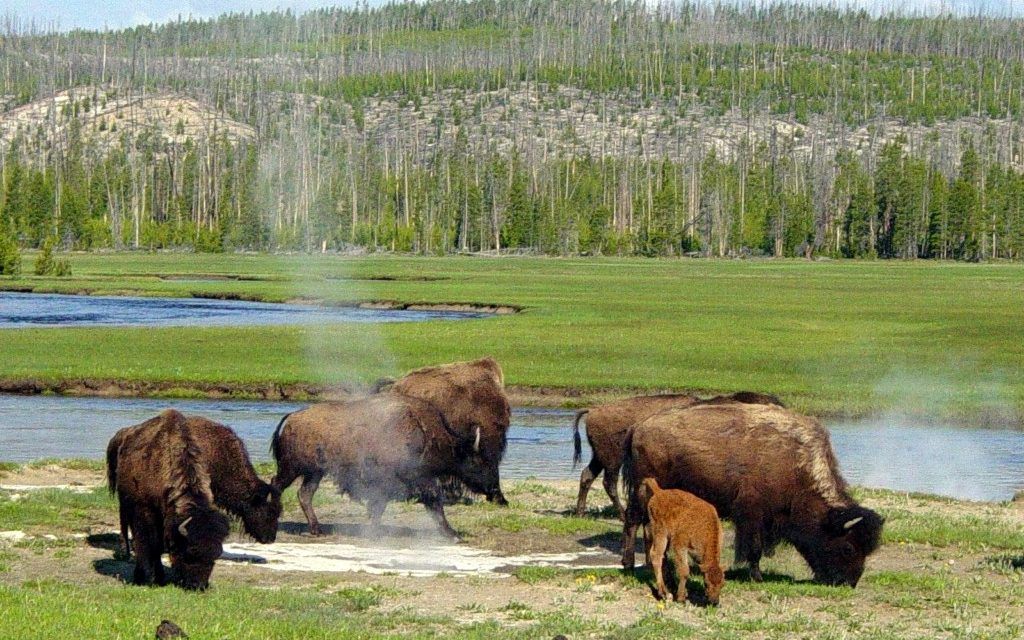 There is a reason why some critics of eco-tourism have labeled it a buzzword. Being a responsible eco-friendly tourist doesn’t simply mean booking yourself a vacation in nature and behaving as you normally would at home or in your city. Eco-tourism is a bit more complicated than that, and this is why sometimes well-meaning humans who haven’t done their homework end up damaging the nature they were so excited about supporting and experiencing to begin with.

To get specific, recently there were two incidents at Yellowstone that highlighted just how harmful ignorance can be to both you and the natural habitat.

They Have Regulations for a Reason

On May 14, a group of tourists calling themselves the High on Life SundayFundayz decided to take a hike through the Grand Prismatic Spring – a sensitive hot spring off-limits to visitors. Why is it off-limits? To start with, the group is extremely lucky no one was hit by the boiling water the spring emits and subsequently killed.

Second, park officials reminded everyone that in addition to keeping you safe, staying on the marked path also protects the delicate bacterial ecosystem of the wet, soft ground. Remember, there are reasons for the rules in national parks. They are both for your safety and the safety and preservation of the delicate wildlife the parks are trying to protect.

To makes matters worse, two days later on May 16, a father and son driving through Yellowstone National Park noticed a bison calf alone on the side of the road. Instead of immediately calling park ranger services, they thought the bison calf looked like it needed help and was cold, so they put it in their vehicle and drove it to the ranger station. The calf was later euthanized due to being repeatedly rejected by its mother and herd. It was a sad end for the baby bison. Ironically, the bison was recently named as the nation’s official mammal.

These are just two incidents out of several that have occurred recently. In a press release issued by the National Park Service, rangers expressed their growing concern of visitor negligence, citing that last year alone, five park visitors were injured by approaching bison too closely.

Rangers also said “approaching wild animals can drastically affect their well-being and, in this case, their survival. Park regulations require that you stay at least 25 yards away from all wildlife (including bison, elk and deer) and at least 100 yards away from bears and wolves. Disregarding these regulations can result in fines, injury and even death. The safety of these animals, as well as human safety, depends on everyone using good judgment and following these simple rules.”

Remember, you are not at a petting zoo or Disney theme park (and these places have animal welfare issues of their own).

Why Is It Important to Remember This?

Truly understanding what eco-tourism is and recognizing that our non-interference plays a large role in an eco-system’s survival is the first step. It’s also important to keep in mind how things like climate change and development can affect ecosystems. In Yellowstone, scientists are constantly monitoring these effects, as well as those of human intervention, which might actually be the major factor in wildlife disease and mortality.

This isn’t to say you can’t play a part or experience the glory of natural wonders like Yellowstone: You need to be mindful and not just well-meaning. It’s the best we can do to protect nature for future generations.