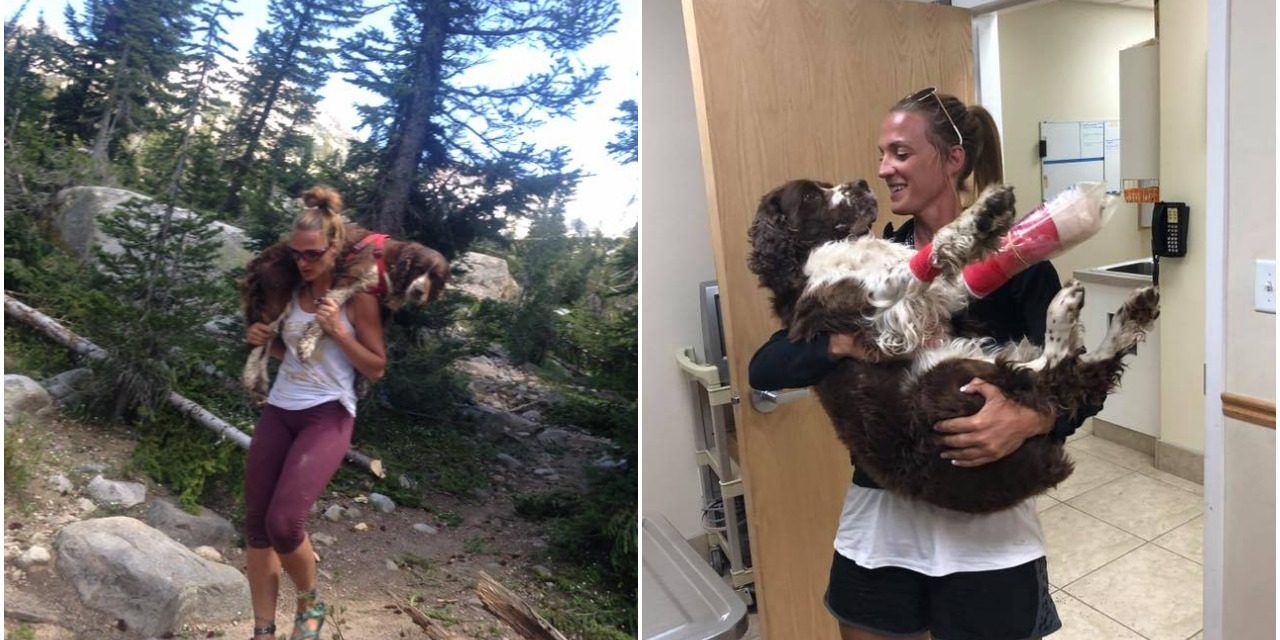 A heroic woman saved the life of a lost dog while hiking up Table Rock in the Grand Tetons last month, carrying the hurt and hungry dog on her shoulders through treacherous terrain for six miles.

Tia Vargas was returning from the summit to meet up with her father – who was waiting around one mile from the top – when she met two hikers accompanied by an injured English Springer Spaniel that they had found. As the hikers were headed up, Vargas decided to help the dog – identified as ‘Boomer’ by his collar tag.

As Boomer was limping badly, Vargas carried the 55-pound dog on her shoulders. It was not an easy task – the trail was hard to make out at times, leading Vargas and her father, Ted Kasper, to become lost twice. The intrepid hiker even had to slide down part of the trail on her rear, with Boomer safe in her lap.

Then the rain came, and an exhausted Vargas wasn’t sure she could keep going.

“It got to the point where my neck and legs were in so much pain and I was so scratched up and tired, I didn’t think I could go on carrying Boomer,” said Vargas. “I was in tears, thinking that I’d have to leave that dog behind. And I didn’t want him to die.” 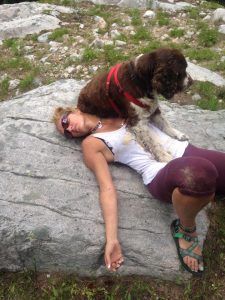 However, knowing that she was the difference between life and death for an exhausted Boomer, she found the energy to carry on to the base of the trail, arriving at around 6 pm. She credits her father’s humor with keeping her in good spirits during the difficult descent.

Boomer’s guardians had left notes at the base of the trail, asking people to look out for their lost dog. The family had been trekking with him several days earlier – he had fallen down a 100-foot crevice.

“When they went to find him, he was gone, and they figured he had found a bush somewhere to hide in and die,” says Vargas. “They searched and searched for him, but he’d disappeared.”

This happy rescue story has an even happier ending – Boomer’s family had been planning to sell him as a hunting dog, but after learning about the efforts Vargas went through to save the precious pup, they gave her the option of keeping him.

After being treated for a dislocated foot and torn ligaments, Boomer found his forever home with his own Earth angel.

“I feel like there’s a reason why I was on the mountain at the very moment that he needed somebody to help,” said Vargas. “Both of us had a guardian angel that day.” 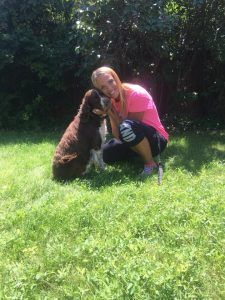 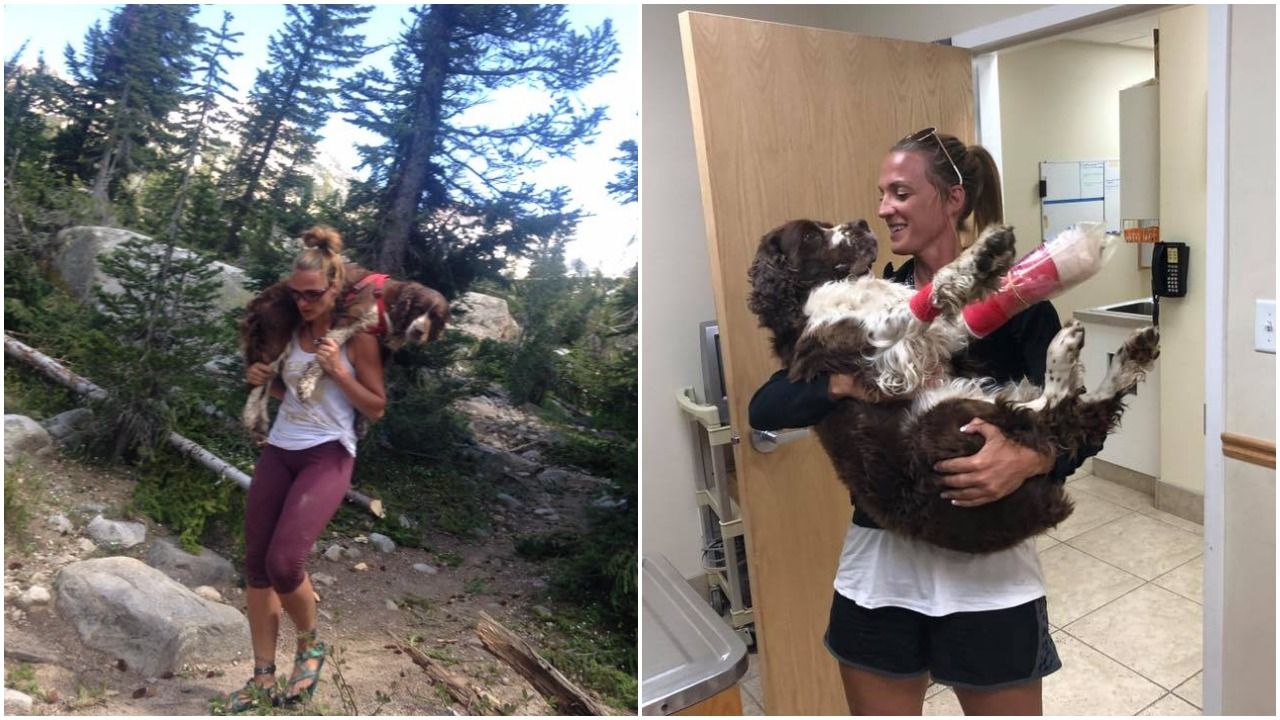