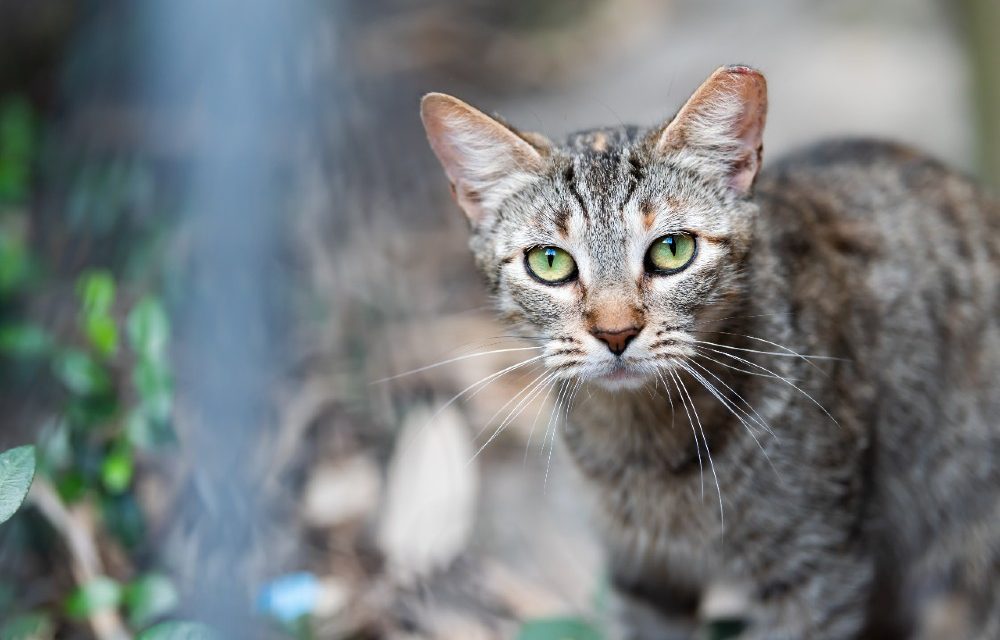 At least 16 cats have been shot to death with 0.22 bullets as the official “management” strategy at Garner State Park in Texas, according to documents obtained by Lady Freethinker (LFT) via a public records request.

The public records documents show the Texas Parks and Wildlife Department (TPWD) has authorized death by shooting as the only approved removal option for stray cats at Garner State Park since at least 2012. Last year alone, 11 cats were shot to death by park officials, despite interest from a visitor to help with rehoming the cats, according to those documents.

But it’s unclear, from park staff response and the public records documents, whether any of the destroyed cats had caused actual, observed damage to wildlife or visitors,  exhibited any aggressive behavior, or had been killed simply for existing within the park.

The Park also told LFT they have tried options beyond killing feral cats but have “not found a sustainable solution.”

“Staff and volunteers do try to find homes for stray animals when it seemed appropriate, using various methods that include taking them to shelters and posting to social media,” the park said via email. “We have not found a sustainable solution for managing feral cats while protecting our native wildlife in state parks.”

But the public records documents tell a different story — one in which killing cats has become the “easy” default for park leadership and that consideration of non-lethal alternatives appears to only have started within the last six months. 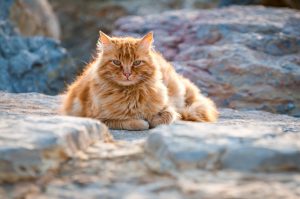 The Texas Park and Wildlife Department’s guidelines indicate that lethal removal of feral cats requires a justification memo from the park superintendent that identifies the specific “need” for the proposed or executed killings at each park.

The park’s justification memos note that feral cats are a “problem” at the park, without any reference to how many cats inhabit the park and with park staff telling Lady Freethinker the assessment is based on “informal observations” made throughout the year.

The approved memo doesn’t offer any illumination into the actual damage reportedly caused by the park’s specific feral cats, but instead references general statements and claims about feral cats.

“Feral cats are indiscriminate killers of native species, including endangered birds present at the park,” the memo says. “Feral cats can carry disease which in turn can be spread to Native wildlife species. Feral cats have been known to devastate populations of ground birds such as the native Bobwhite quail and are known to be the leading cause of numerous extinct species.”

A feral cat “toolkit” published by The Associations of Fish and Wildlife Agencies (AFWA)—  referenced by park staff in interagency emails, and included in LFT’s public records request — notes that lethal practices “should be focused on free-ranging domestic cats that are sick or injured, exhibit behavioral abnormalities, or are aggressive.”

Garner State Park staff did not answer questions about how many of the cats killed exhibited any of those behaviors, referring Lady Freethinker to the public records documents.

The discharge reports don’t mention any details about the cats – only that they were shot and killed. As noted, the park’s approved control plan also does not mention any directly observed pathogens transmitted or damage done to visitors or wildlife by the park’s specific cats who were gunned down. 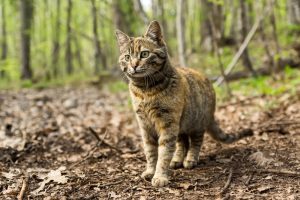 Garner State Park’s approved management plans back through at least 2012 report “appropriate and continual removal by firearm” as the park’s only solution for feral cats.

Park emails from 2021, obtained by Lady Freethinker through a public records request, also show that shootings for cats was the preferred default for the park’s superintendent at the time.

In November 2021, a visitor reached out to Garner State Park, saying she had noticed about eight feral cats looking for food who appeared “well fed and could easily be rescued and adopted.”

The park’s superintendent at the time responded that he also was “concerned” about the feral cats and that the park historically “attempted to trap and remove feral cats” as part of the park’s “natural resource management.”

Although the park’s lethal management strategy isn’t explicitly mentioned in that verbiage, the visitor reacted with additional concern, notes she has experience with trapping and rehoming cats, and offers her assistance.

“Please don’t misunderstand. I was not complaining about the cats,” she wrote back. “When the cats are trapped, where are they taken? I hope they are not simply euthanized. I noted that there were many that were beautiful and could possibly be adopted.”

The park superintendent’s response — sent to park staff — is, “I knew it wouldn’t be that easy… would you like me to entertain the idea of her assisting or can I reference our plan, which I’m assuming only includes euthanasia.”

The interagency email exchange that follows shows the park is aware their default strategy of shooting feral cats to death is controversial.

A staff member encourages the superintendent to “definitely take advantage of her willingness to help while avoiding an opportunity for public outcry” and adds, “I wouldn’t volunteer our plan to her unless it is requested.”

Other public records documents also reveal that Garner State Park staff have been instructed to do all they can to prevent the public from learning about or witnessing the killings.

“To ensure public safety as well as sustain good public relations, every measure will be taken to avoid contact with park visitors during animal removal (preferably when the park is closed, unoccupied, or with minimal visitation,” the park’s approved management memo notes.

The memo continues, “When possible, animals needing managed will be lured or pushed to non-public areas of the park” and that killings will be “as discreet as possible.”

The December 2021 discharge report notes that “no one was aware” of the eight shootings that took place between 6:20 p.m. and 12:30 a.m., when the park was closed, while the January 2021 discharge document also reports no park visitors were aware of the three shootings that took place at 2:00 p.m. The killings in 2015 reportedly happened at 9:30 p.m., according to the public records documents.

The park emails also show staff attempting to change people’s affectionate attitudes toward cats, rather than attempting to inspire those same people to use that fondness to become involved with adopting, relocating, or rehoming them — with one person recommending that a staff leader include a talk on the “devastating impacts” of cats in a meeting with park volunteers and hosts as “they can get really attached to feral cats and be averse to our management goals.” 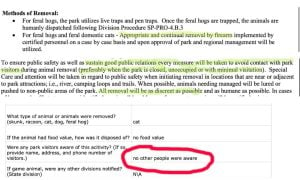 In the interagency emails, a Garner State Park employee referenced the AFWA guide as “an excellent reminder to us to be vigilant with feral cat control on our sites” and the “devastating impacts on Native species through disease, predation, behavior alteration, competition and more.”

But the AFWA guide also acknowledges best practices and recommendations that don’t appear to be implemented or considered at Garner State Park, including that public education to change human behaviors contributing to cat colonies can play a critical role in reducing feral populations.

Garner State Park told Lady Freethinker the current cats are the result of colony breeding and abandonment by park visitors and nearby county residents (although releasing animals in state parks is a violation of the law).

“Our messaging is consistent for all wildlife, stating, ‘Do not feed wildlife,” Texas Parks staff told LFT. “No specific information regarding feral cats has been presented.”

The AFWA guide also emphasizes that proactive partnerships with rescuers and animal welfare organizations can be an “excellent management strategy.” But Garner State Park appears to only have started exploring partnership opportunities within the last six months, according to the park’s response to Lady Freethinker’s media inquiry.

“In the last six months, Garner State Park has reached out to Uvalde County Animal Control for assistance and acceptance of any feral cats we were to trap,” the park said.

Documents obtained via public records request show the park’s superintendent reportedly has reached out to the Uvalde Humane Society three times, starting in December 2021, with the last outreach resulting in no answer and a note that he would go “in person” before the outreach log stops.

The Uvalde Humane Society did not respond to media inquiries for this story.

The park’s press officer also noted they told several interest groups they “would be happy to assist with their trapping and relocation efforts” but that they had been unable to locate a facility willing to take the feral cats.

TPWD has said that Trap, Neuter, and Release (TNR) programs aren’t a viable option because they wouldn’t offset the threat of cats killing birds and other wildlife or possibly transmitting disease.

But the conflict between cats, birds, and other native wildlife is not unique to Texas State Parks, and other public agencies have found solutions for their cat colonies that don’t involve killing or TNR.

In 2018, the American Bird Conservancy sued the New York Office of Parks, Recreation and Historic Preservation for a Trap, Neuter, and Release (TNR) colony near a federally threatened piping plover nest. The settlement agreement did not include a lethal solution; rather, parks staff agreed to trap and move the alive cats to an off-site sanctuary.

Feral cats also were removed from San Nicolas Island in California through a partnership that trapped cats and moved them to a long-term, nonprofit holding sanctuary.

In another innovative approach, The Lānaʻi Cat Sanctuary in Hawaii, a 3.5-acre fenced facility on the island, stepped up to operate in partnership with a private company, residents, and volunteers to house over 600 free-ranging domestic cats captured and turned in to the sanctuary by residents, the state wildlife agency, and a conservation-focused group. Rather than the feral cats being a “problem,” the sanctuary has now become a tourist attraction.

As a change from a 2015 approved plan, obtained via public records request, Garner State Park’s 2022 plan does include a note that “feral and stray animals may be removed by park staff and volunteer organizations, if they can accept all risks, control, and/or trap the animal safely and transport the animal to a shelter or recurring location that will ensure the safety of the transporter and animal and follow all state laws and local ordinances.”

That inclusion opens the door to more compassionate management of the TPWD’s feral cats, without endangering the agency’s mission to “conserve the natural and cultural resources of Texas,” and taking the time to build and invest in those partnerships could prove similarly life-changing for Texas’ feral cats.

If you haven’t already, please sign our petition urging Texas Parks and Wildlife Department and Garner State Park to put together a working group to conduct formal studies and counts on parks’ feral cat colonies, assiduously search for and identify possible non-lethal solutions, and actively and persistently work with rescuers and volunteer organizations to safely and humanely relocate and rehome cats, rather than defaulting to killing them.

SIGN: Justice for Cats Shot to Death by Officials at Texas State Park 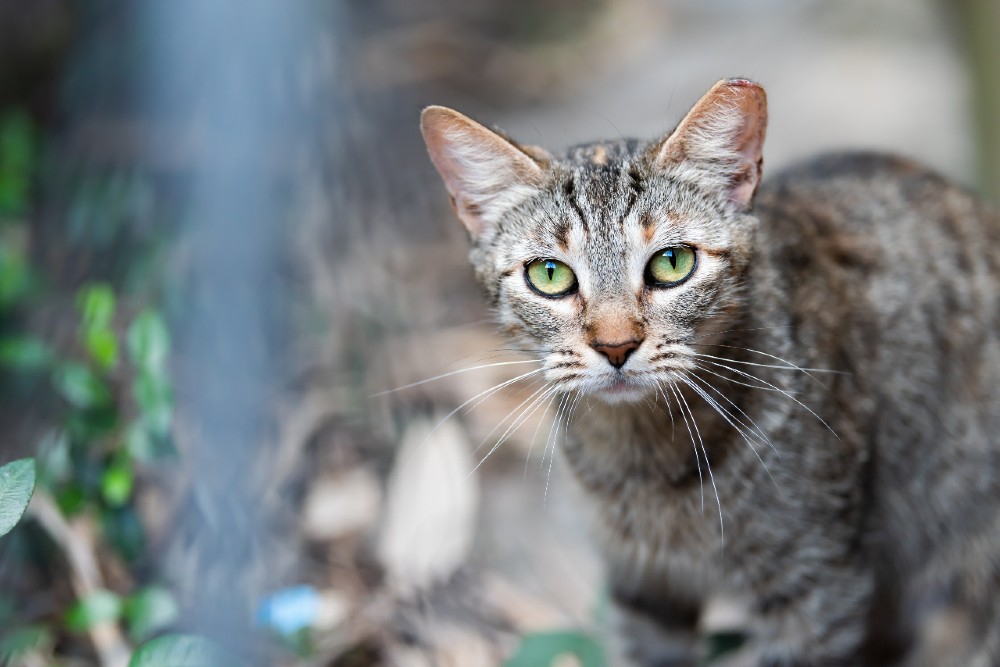