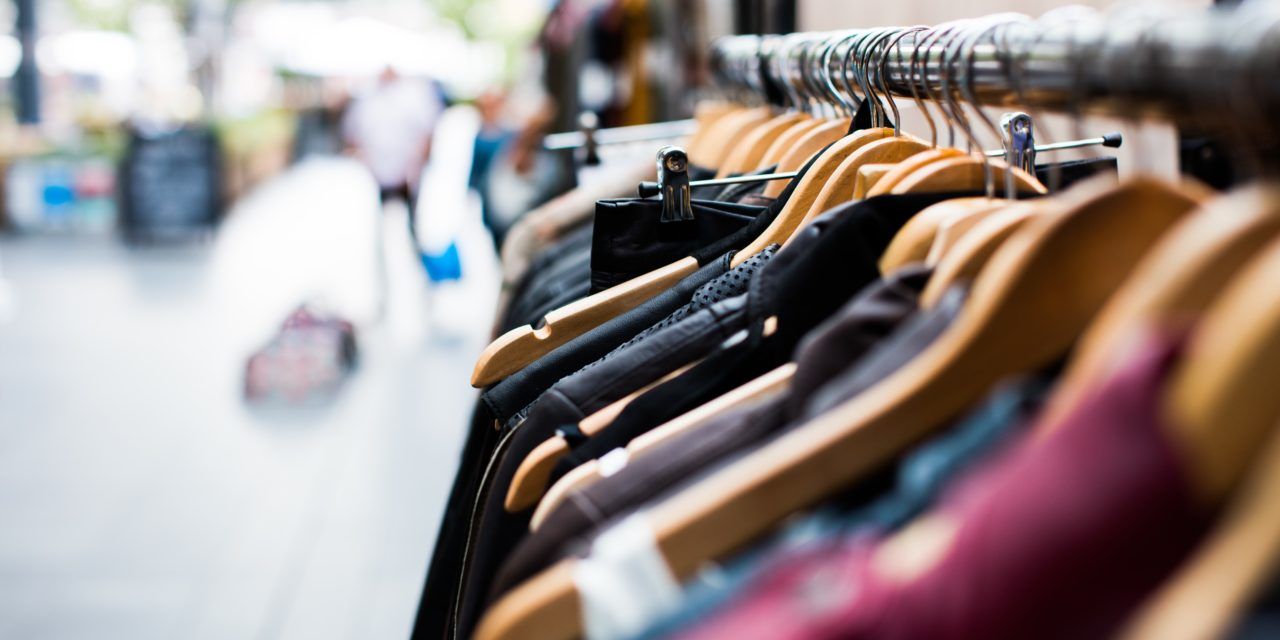 As awareness of the ever-increasing pollution levels and resulting ecological destruction rises, people have started getting accustomed to wearing clothing from secondhand stores. Once you learn about all the dangers that threaten our planet, we’re faced with a choice: do we continue buying fast fashion products from thrift stores? This isn’t an easy decision, but we’re going to try and weigh both sides.

Let’s start from the beginning

Thrift shops are not a bad thing. On the contrary, they developed from various charity organizations (like Goodwill) that sell clothes, accessories and household items. Basically, they recycle unwanted items by finding them new owners. Since they have very low expenses, they can afford to be cheap, which fits many people with low budgets.

So, where’s the problem?

Although thrift’s circle of life sounds like a win-win combination, in the last few years large fashion companies have started donating their unsold overstocks to secondhand shops, resolving their problem of storing large amounts of useless clothing while looking generous and responsible at the same time. Except for the fact that this clothing is more expensive than other items in thrift stores — but the issue is much more complex than that.

The main problem is caused by the so-called fast fashion industry, which is characterized by fast manufacture, large amounts of products and low prices on one side, and worker exploitation and environmental hazards on the other. While promoting the idea of fashion consumption, they consume the Earth’s limited resources, causing much more trouble than most people are aware of — like carbon emissions, which are one of the primary causes of climate change (yes, it is real).

The story behind the fashion industry

If you’ve never really thought about where your clothing is coming from, well, it’s about time. You should know that it comes from factories in China, Bangladesh, India, Korea, etc. where it’s produced by the locals in unethical and inhumane conditions. When it’s finished and prepared for distribution, clothing is transported across the world in cargo ships which expend vast amounts of fossil fuels. After it’s nicely displayed on the store’s shelves, it’s sold by underpaid salespeople and, once it finally gets into your hands, it continues to harm your environment and the whole planet and eventually ends up on a landfill, where it can’t be recycled. It’s especially bad if it’s made of synthetic materials, like nylon or polyester, that need 200 years to decompose.

It’s estimated that 400 billion square meters of textiles are produced each year. Did you know that, during one year, the average person buys around 65 pieces of clothing and disposes of more than 68 pounds of it? Compare these numbers with the fact that a pair of jeans takes around 7,000 liters of water to produce, and that around 2 billion pairs are made every year.

Calculate water consumption and think again: is that amount really necessary and is the result worth it, considering that about 750 million of people on the Earth lack potable water? Just think about our ancestors and how they survived whole lifetimes with few garments in their wardrobe (except for the French nobility, but look what happened to them!). Back then, the clothing was made from quality materials and repaired when needed, so it could last for years and be passed on to the next generation. But today, the fashion industry has become the second-biggest pollutant, the first being the oil industry.

Are all fast fashion companies really that bad?

Some of them will try to deny it, while some will even try to fix it and do better. In March last year, Armani announced that they will stop utilizing animal fur in their future collections, after decades of public outcry against the horrible conditions these animals are exposed to at specialized fur farms. Brands such as H&M, The ASOS Green Room and Urban Outfitters made collections which they claimed are sustainable, eco-friendly and made from recycled materials. Yes, recycled polyester, for example, may be considered a “green option” because it reuses plastic bottles and takes less energy to produce, but these bottles still must be cleaned and their labels are usually removed mechanically, returning us to the vicious circle of labor exploitation and fuel-guzzling ships. So, it may be said that, for the fast fashion industry, it’s impossible to produce eco-friendly clothes and keep both the quantity and low prices.

Considering all of the above, the conclusion is that buying fast fashion products can’t pass the environmental-friendly test and that the solution lies in buying organic clothes from local designers, where you should be able to know for sure where the clothing came from. New sustainable textiles have been developed recently, and their manufacture may actually benefit the environment.


But you should still be careful, because even with this option you can’t always be 100% sure that you bought a truly organic and green product. The trick is that the definition of organic fabrics has never been completely transparent, so it can easily occur that the wanted item was made from both organic and non-organic materials, and still labeled as eco-friendly.

Another problem with so-called organic clothes – they’re much more expensive to make than fast fashion ones. Assuming that your budget is limited and that price concerns you as much as the environmental care (hey, it’s okay, you have to live too), you’ll have to make some changes and adjust to the new circumstances. This means that you won’t be able to purchase as many items you’re accustomed to, but, on the other hand, you’ll have more quality and eco-friendly pieces that will last longer and be fully utilized – which is the main idea of “green” manufacture. This expense will pay off eventually.

But what about your kid’s clothes that the child outgrows with the blink of an eye? With all organic clothing, let’s be honest — you’d have to spend a fortune, and at the end, you’ll end up with a bunch of garments you don’t know what to do with. In situations like this, thrift shops seems like a good solution that can save you some money (you can find lots of good and affordable kid’s stuff here), which has a charitable purpose, and eventually, once you have the surplus, you can donate clothes and help the local community.
As you see, the question of ethics isn’t all black and white. The answer is somewhere in the gray area, depending on your beliefs and your circumstances. The vicious circle can be broken only by making sure enough people wake up and develop environmental awareness, so it’s up to us to make that first step.