The US Environmental Protection Agency (EPA) is considering poisoning 165 million acres of US crops with the toxic neonicotinoid pesticide thiamethoxam despite the fact that scientific research, including the EPA’s own studies, have proven it fatal for bees. Attacking their central nervous system, the pesticide paralyzes bees and kills them. Making this consideration even more ridiculous, EPA assessments in late 2017 also revealed that the pesticide is lethal for other pollinators, including birds and aquatic invertebrates.

The use of neocotinoid pesticides has increased so much in the US that they are on almost every seed of corn and soybean planted. Thiamethoxam is currently used as a coating on seeds: infecting the soil and water; and killing pollinators. In December 2017, the Swiss agrochemical corporation Sygenta (which owns thiamethoxam) applied to the EPA for an increased usage of its chemical. If approved, Sygenta’s application would allow the pesticide to also be applied directly to the crops. Something already deadly would prove an even greater threat.

The pesticide is also dangerous to humans. In 2017, scientists tested 198 honey samples and found that a disturbing 75% were contaminated with neonicotinoid pesticides. Some contained a percentage deemed unsafe for human consumption. And in 2013, a geological survey found neonicotinoid chemicals, including thiamethoxam, in water samples from nine Midwestern streams close to farmland. Because they dissolve easily in water and do not biodegrade, the chemicals are carried to streams and ground water, with years of lasting toxicity. This devastating pollution has already landed Sygenta with lawsuits.

Ranking in revenue alongside Monsanto and others from the world’s top chemical giants, Sygenta has secured its destructive influence on the health of our ecosystem. In 2017 Sygenta spent $1,460,000 in lobbying expenses. That’s a lot of weight getting thrown around the US Congress and federal agencies that impact the decision to increase allowed use of Sygenta products.

There is a false theory promulgated by the pesticide industry and those that contribute to its profit that pesticides are necessary to feed the world. A UN human rights report from March 2017 calls for a global treaty to end the use of pesticides that have caused over 200,000 poisoning deaths per year.

While pesticides can increase short-term yield, pollination is key to plants and crops survival, and the key to our food supply. Bees pollinate more than $15 billion a year in U.S. crops such as apples, almonds, and cucumbers. About 60% of the U.S. total honey bee population is needed to pollinate the California almond crop alone. 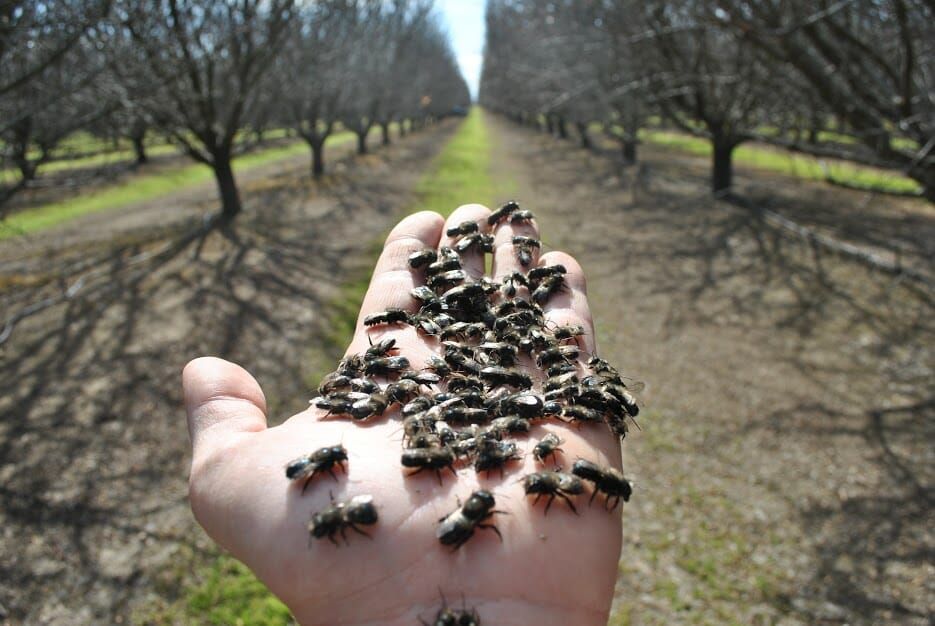 Every year, California almond producers have to rent hives from beekeepers around the country. The travel and the pesticides are traumatic and destructive. In 2014, 15-25% of the hives suffered death and damage. One of the causes was neonicotinoid pesticides. It’s not surprising that in light of the EPA’s consideration, California announced in January of this year that it will not permit further applications of pesticides such as thiamethoxam. If more states initiated their own statewide ban that would alleviate some of the damage.

In 2013 the European Commission (EC) partially banned the use of thiamethoxam, clothianidin, and imidacloprid on crops that attract bees. But a more permanent and more extensive ban is currently being considered. Hopefully the EU can lead the way on forward-thinking legislation to avoid a total extinction. In the short term, what that means for the US is most likely an even greater push by corporations like Sygenta to sell their chemicals.

Our government needs to put the health of nature and people before its own financial gain and the profit of corporations. You have until Feb 20, 2018 to submit your comments to the EPA against further usage of this toxic chemical.