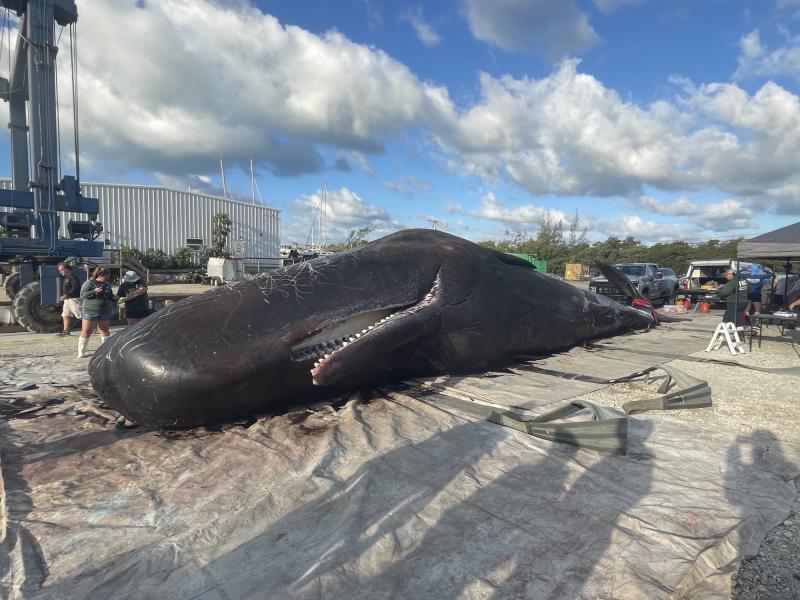 An endangered sperm whale beached and died off the Florida Keys had a full stomach of human-created plastic pollution, which likely led to his death, according to a necropsy report.

The 47-foot male landed in Mud Key, about 15 miles northeast of Key West, in May.  Biologists who conducted the animal’s autopsy reported a mass of line, net pieces, and plastic inside the gentle giant’s system.

They added that the whale was “extremely thin” and that the trash likely interfered with the whale’s ability to digest food and absorb nutrition.

“This debris likely did not allow the whale to eat properly, leading to its emaciated condition and stranding,” a spokesperson for the Florida Fish and Wildlife Conservation Commission told local news.

A fisherman first spotted the whale and called authorities.

“It’s just so sad to see a creature like that floating dead on the water,” said Capt. Jack Carlson, the owner of Two Conchs Charter.

The tragic death is the second in a week. Monitors observed a female sperm whale calf swimming alone who ended up dying stranded in a shallow tidal flat, according to NOAA. The cause of her death is still unknown, pending a necropsy.

Debris Free Oceans, a nonprofit dedicated to reducing global plastic pollution, reports that every year an estimated 8 million metric tons of plastic trash – whose weight would equal that of 80 million blue whales, or one billion elephants, as a comparison — enter the ocean.

“Unfortunately, when animals consume our trash, they can’t break it down in their stomachs,” Maddie Kaufman, program and outreach director of Debris Free Oceans, told local news. “They fill up and actually think they’re full, so they can end up starving.”

It’s also not only whales impacted: The Oceanic Society reports that turtles, seabirds, fish, and even coral reefs are victims of people’s plastic pollution. 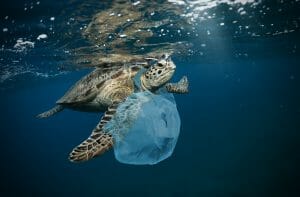 Scientists estimate that more than half of the world’s sea turtles and nearly every seabird on earth has eaten plastic, according to the Oceanic Society.

Oceana, another leading organization stewarding the world’s oceans, said they have seen marine animals choking, getting strangled, and also entangled by plastic trash.

Carlson said Florida Keys guides do their part by removing plastic trash when they see it while out on expeditions and encouraged other people to do the same.

“If you guys are out there on the water and you see a piece of floating trash, whether it’s a balloon, a floating bottle, debris, just pick it up,” he said. “We do it every day down here.”

Some other action steps you can take immediately to help whales and other marine mammals, from the Oceanic Society: