Home » Animals » Elephant Brings Newborn Back to Sanctuary to Meet The People Who Once Saved HerBy Cassandra Cyphers | September 20, 2019 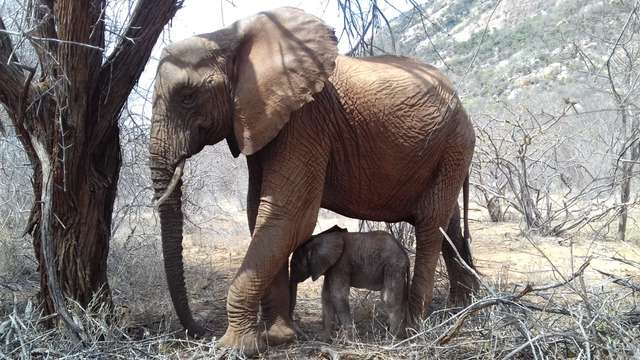 An elephant’s memory really is a powerful thing. We know that they can remember faces and smells, and recall paths to water and food sources, even decades later. Loijuk, an orphaned elephant who was rescued, rehabilitated and released back into the wild, also will never forget the caretakers that saved her life.

Sheldrick Wildlife Trust (SWT) rescued her at five months of age, nurtured her, and returned her to the wild, where she has lived for several years. Still, she often returns to visit the people who gave her a second chance at life.

Recently, Loijuk had something special to show her caretakers. Her own baby, now named Lili, was just a few hours old when the mother-daughter pair visited the sanctuary most recently.

In an incredible moment of human-animal encounter, Loijuk allowed her wobbly newborn to meet the sanctuary’s head keeper, Benjamin Kyalo. After petting her smooth skin, he breathed into Lili’s trunk so that she learns his scent for reunions later on.

Thanks to these visits, SWT staff can monitor the elephants and ensure that Lili is healthy and growing. Lili is the 31st calf born to orphaned elephants raised by the sanctuary and returned to the wild.

Loijuk’s story is a testament to the power of saving even one elephant. Because of her, a new elephant family has begun.