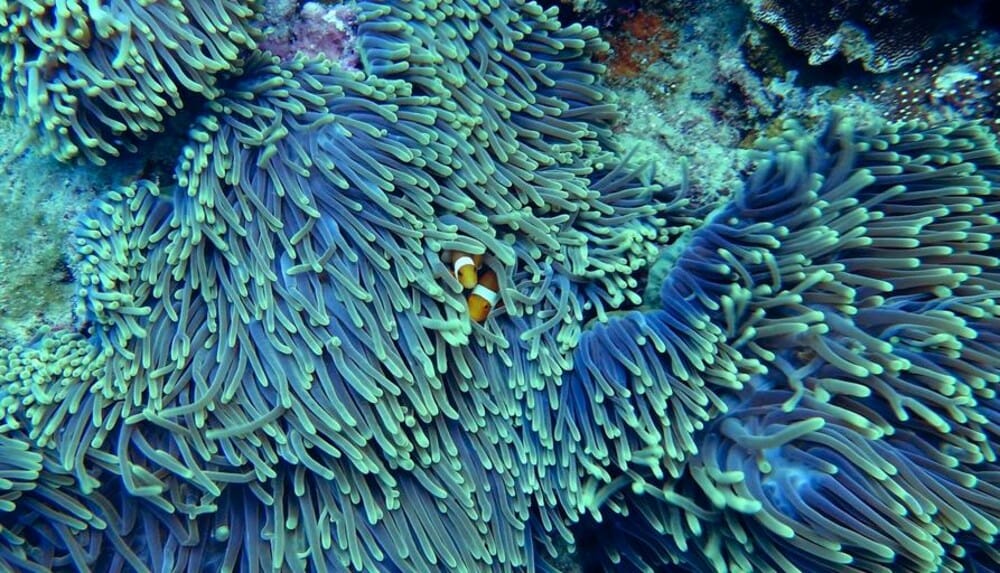 Some scientists estimate that a majority of the world’s coral reefs could be extinct by 2100 — and largely due to human-created issues, according to new research published in The Florida Bar Journal.

The colorful, exquisite structures known as coral reefs are made up of thousands of tiny animals called polyps, who live in the same scientific phylum as jellyfish and sea anemones.

Florida is the only state in the continental U.S. with large stretches of coral reefs near its coast. The 170 mile Florida Keys Reef Tract, also known as the Great Florida Reef, is the third longest in the world.

Catherine Awasthi, one of the authors of the research published in the Journal, grew up in Jupiter, Fla.  She fell in love with the ocean — and particularly its corals — while walking the sandy beaches, organizing and participating in beach clean ups, and later learning about the dangers of red tides and toxic algae.

“Corals are animals. Not many people understand that, so they are often overlooked,” Awasthi said in a webinar sponsored by the Animal Legal Defense Fund that focused on her research’s findings.

Awasthi said scientists project that 70 % to 90% of coral reefs will disappear over the next 20 years as a result of climate change, pollution, boat groundings, and other human-created issues, including repercussions from tourism.

Thousands of tourists flock each year to the panhandle’s beaches for snorkeling, scuba diving, or to soak up the sun’s rays. Many bring with them into the oceans a pervasive, insidious, but not-well-known threat in the form of the sunscreens they slather on their skins.

“When we enter the water to explore these fascinating places, we may not consider the products that are rinsing off our bodies and how they may affect the tiny animals that make up our fragile coral reefs,” the National Park Service noted in a bulletin.

The National Park Service estimates that between 4,000 tons and 6,000 tons of sunscreen enters reef areas each year, including the most popular and beautiful reefs inside national parks.

A sea in balance finds corals and algae living in a lovely symbiotic relationship; the coral gives algae a protected home and compounds for photosynthesis, and the algae provide coral with oxygen and their major food source.

But algae can’t thrive in waters contaminated with certain harmful chemicals in some sunscreens,  including oxybenzone and octinoxate. When the algae dies or leaves, coral becomes exposed, weakened, and more susceptible to disease and death.

The harmful chemicals in sunscreens also can harm other sea critters, such as green algae, sea urchins, fish, mussels, and dolphins.

Without coral reefs, Florida would lose more than just its $6.3 billion coral reef tourism economy and the 71,000 associated jobs.

The state and its residents also would become more prone to flooding and erosion threats, and the rest of humanity would lose this beautiful biodiversity.

But as with any humanity-created disaster, people also can be a big part of the solution.

The Center for Biological Diversity sued the federal government in 2019 for allegedly failing to protect 12 endangered coral species around Florida and islands in the Pacific Ocean, demanding designated critical habitat necessary for coral protection and restoration. The case settled and prompted the National Oceanic and Atmospheric Administration to propose two rules, designating more than 6,000 square miles as critical habitat for the endangered species.

“We can’t wait to save our coral reefs,” said Emily Jeffers, an attorney at the Center. “Losing corals means losing some of the world’s richest and most stunning ecosystems. You can’t save these vanishing corals without protecting their most important habitat.”

The Florida-based Coral Restoration Foundation also shared some heartening updates in their 2020 review. Last year, staff returned more than 27,000 corals to the wild and restored 7,600 square miles of reef at 12 existing sites and four new sites.

You can also help corals survive this crisis: