Blind Cat Saved From Pile of Rubble in Tornado Wreckage 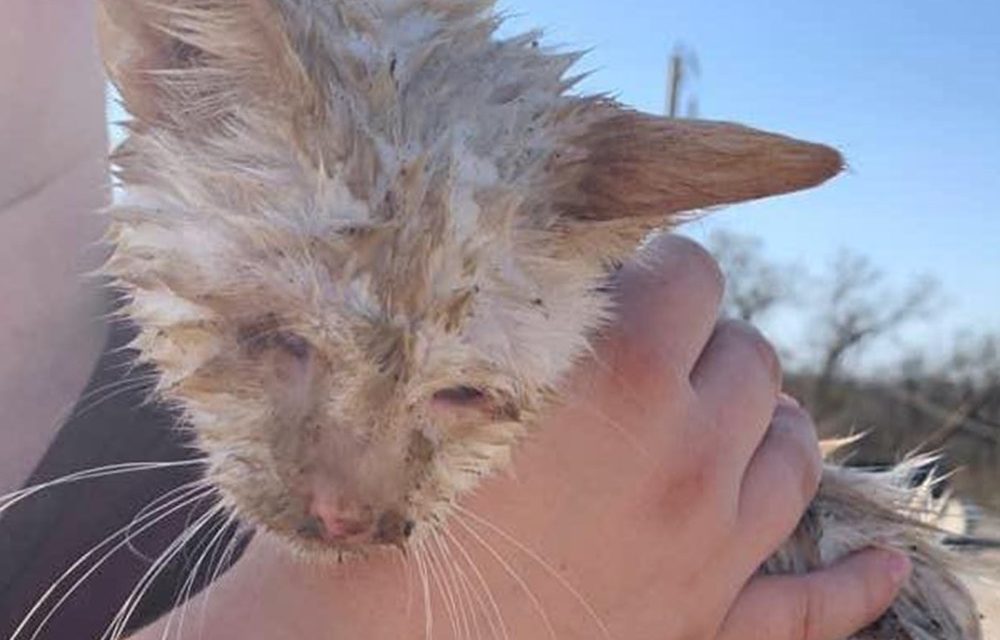 A blind cat survived a Texas tornado and a demolished animal shelter, caught the attention of animal rescuers who pulled him from the rubble, and now is recuperating in a foster home, People reported.

Although frightened, wet and covered with dirt, the cat — now named Nado, for surviving his ordeal with the “tornado” — was reportedly in good health overall.

An unconfirmed tornado destroyed the Jacksboro Animal Shelter, ripped the roofs off two neighboring schools, and damaged dozens of homes.  Nado and eight dogs who also lived at the shelter in Jacksboro found temporary homes with foster families, Fox4News reported.  A rescuer said the dogs were scared but also physically fine.

Denton Animal Support Foundation (DASF), a nonprofit that helps save pets in Texas, assisted with animal rescue efforts at the wrecked Jacksboro Animal Shelter after the tornado struck. They posted a photo of Nado, along with their condolences for the wreckage.

“Our thoughts are with the animals and staff of the Jacksboro Animal Shelter, which took a direct hit by a tornado yesterday,” DASF wrote on Facebook.

DASF said on social media that “all animals were accounted for with just some minor injuries.”

The shelter, however, was completely destroyed and will need to be rebuilt. The animal rescue organization Tall Tails Rescue and Transport posted photos on Facebook showing the extent of the damage.

For information about pet adoption or updates on Nado and the other animals rescued from the destroyed shelter, DASF advised contacting Jacksboro Animal Control at (940) 567-6321 or [email protected]