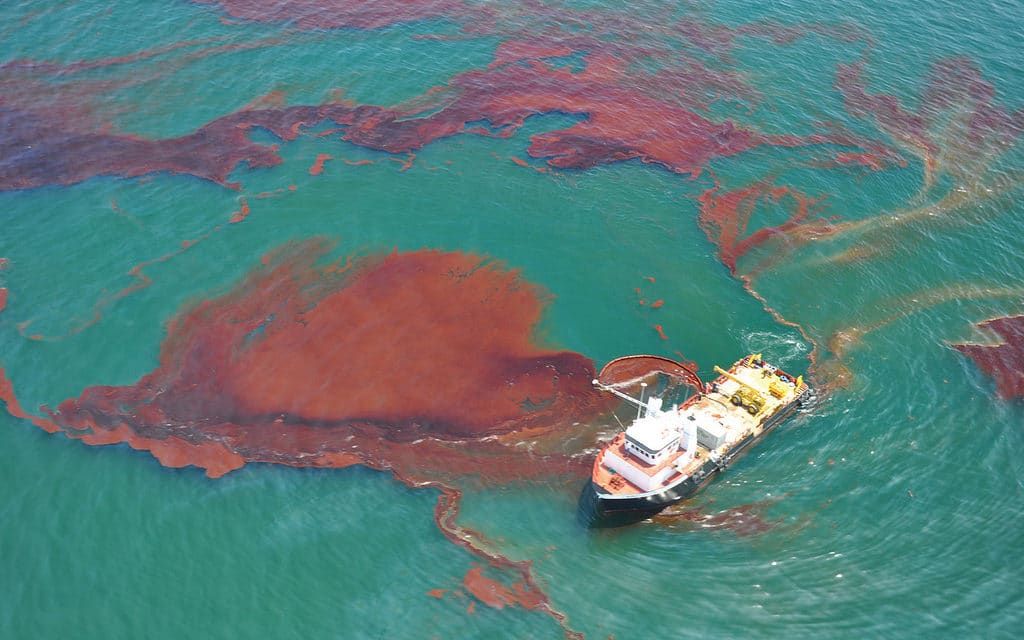 Flikcr / Office of Response and Restoration

The winner of BP’s annual Young Artist Award at the National Portrait Gallery in London has donated 1/7 of his winnings to Greenpeace as a symbolic act of dissent.

The artist, Henry Christian-Slane, won £7,000 in prize money from the oil giant but decided to donate some of his winnings to the prominent environmental group because he felt “very uncomfortable with the idea that the portrait award was being used to improve BPs image.”

All oil and gas operations are destructive and have lasting impacts on land and ecosystems. They disturb the ground surface, fragment habitats, and strip the environment of vegetation. Oil spills on land and offshore are all too common and are intensely harmful to human and nonhuman animals.

But BP leads the pack of fossil fuel companies– it has a worse environmental record than other major oil companies. From the 2005 Alaska North Slope leak when 260,000 gallons of oil leaked from a BP pipeline to the Deepwater Horizon Spill, the worst environmental disaster in US history— BP is a company desperate for some PR wins.

Sponsoring art competitions and museum exhibits used to be a go-to for fossil fuel extraction companies. They could throw a comparably small amount of money to an arts institution and have their name on an exhibit or contest.

But advocacy from groups like Art Not Oil, as well as actions like Henry Christian-Sane’s, have drawn attention and opposition to cultural institutions and workers taking money from BP and other oil companies. Arts funding is constantly being cut and cultural institutions struggle with tight budgets—but settling for scraps from oil companies is misguided. In the UK for instance, Oil Change International points out that the government pays over £200 million of public money to BP in the form of tax breaks and subsidies. BP keeps most of this and then gives an incredibly small bit to cultural institutions.

Fossil fuel companies get PR from “sponsorships” for a minimal expense and with these donations obtain social capital, good standing, and control or influence over cultural institutions.

It’s a rotten deal and one that needs to be put in the spotlight– this artist’s action does just that.