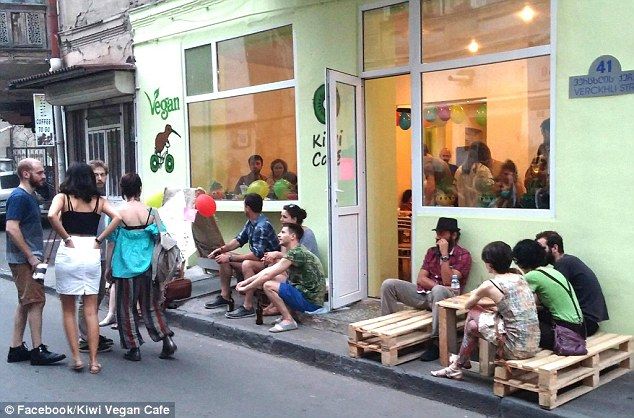 Customers dining in a café in Tbilisi, Georgia were attacked by what some are calling “anti-vegan extremists” this past Sunday.

At vegan restaurant Kiwi Café, customers were shocked when a dozen men entered the café with sausages wrapped around their necks and slabs of meat in their hands. The group proceeded to eat and throw meat at the customers, which led to a fight between both groups. The confrontation moved from the café out into the street where neighbors joined in. A Facebook user posted to the Facebook page, “A group of people who prepared an anti-vegan provocative action, entered and started to be violent.” The police were notified, but the attackers were gone before they arrived and no arrests were made. No major injuries were reported.

The Kiwi Café is a vegan café that welcomes people from all different backgrounds, which seemed to be the target of the attack. People on Facebook claim that the attackers inquired about the kind of people who dine there, specifically if they’re foreigners, gays, bisexual, or transgender. This begs the question, did this attack have something to do with the café’s Western-culture style? 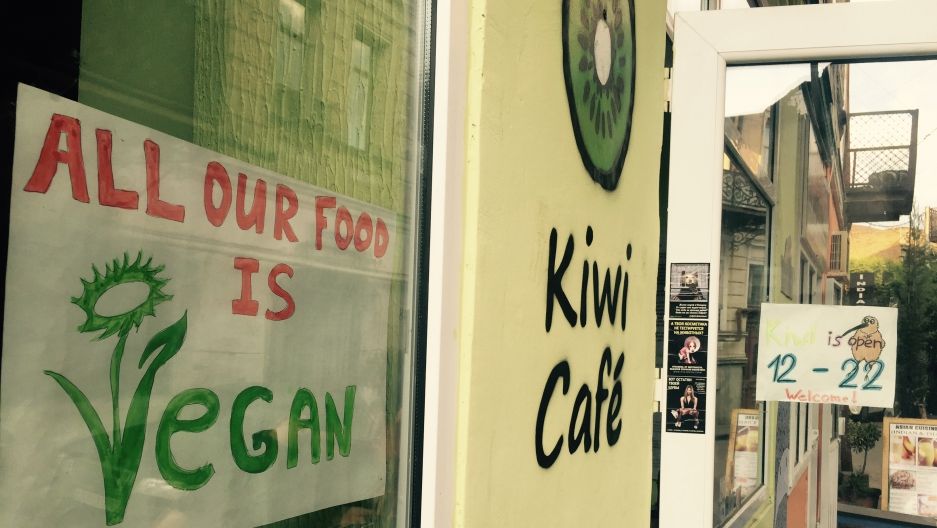 The lack of respect when it comes to these differences is an issue many countries are facing today. These differences are more accepted in the United States and Europe, which is why the Kiwi Café employs English speaking staff and accepts people from different backgrounds regardless of ethnicity, gender, sexuality, or choices in diet. Could this be an attack on progressivism itself?

Currently, it’s unclear whether the attack was a prank or something more sinister. It has left many citizens concerned and wondering if the attack had anything to do with the right-wing nationalist march days earlier, or the cancellation of the gay pride parade in 2013 that had been met with graffiti of Nazi Swastikas and racist slogans.