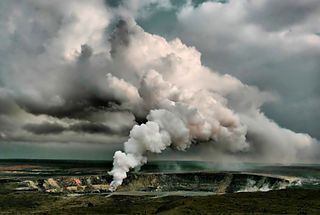 Last month, researchers published a paper that showed Americans are willing to pay to fight climate change. And it’s a substantial amount.

Researchers found that that the average American is willing to pay $177 per year in higher energy bills to help reduce global warming. When asked what they preferred this hypothetical revenue to be allocated towards, Americans show strong preference towards investing in clean, green renewable energy. Improving infrastructure, such as bridges and water systems was the second most popular option.

If every American actually did pay $177 extra on their energy bill to help reduce global warming, that would generate about $22 billion a year in revenue. That’s a significant sum. But it’s worth noting that the survey did not ask about Americans willingness to pay more for other goods and services that are resource intensive. Americans actually might be willing to sacrifice even more for the future of human and nonhuman life on Earth.

This new research illustrates that regardless of race, religion, or political ideology, Americans are willing to sacrifice and invest in the future of the planet.

Other countries have implemented carbon taxes. In Sweden, the carbon tax lowered emissions while their economy remained strong. Some forward-thinking U.S. states are taking action and considering carbon taxes and other options to reduce emissions. But despite support for a carbon tax and other pro-planet policies in America, there remains a clear and strong antipathy towards productively and positively addressing global warming and other environmental stewardship related issues.