Activists Send the Message that Hermit Crabs are Living Beings, Not Souvenirs

Protestors demonstrated outside the Virginia Beach Sunsations store this month, representing over 50,000 people who have signed a petition asking the beach retail chain to leave hermit crabs in nature, where they belong. 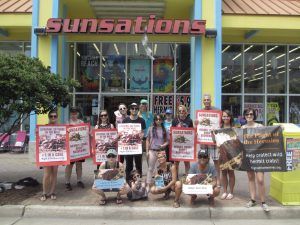 Image Credit: Plight of the Hermies

Hermit crab advocacy organization Plight of the Hermies says that because these crustaceans don’t breed well in captivity, every animal sold has been taken from the wild. Hermit crabs have complex social lives, living in large colonies and spending their time climbing, foraging and even searching for food in groups — you’ll often find them all piled up together to sleep.

“Hermit crabs are complex, social animals who can thrive for 30 years in their natural habitat, the tropical seashore,” Laura Cascada, founder of Plight of the Hermies, told LFT. “Yet millions of them are ripped from the wild and sold in tiny cages with little more than some pebbles and a plastic palm tree at stores like Sunsations all over our coastline. Compassionate tourists can help these animals by purchasing a nonliving souvenir instead — which will last for generations to come instead of rotting in a cage by summer’s end.” 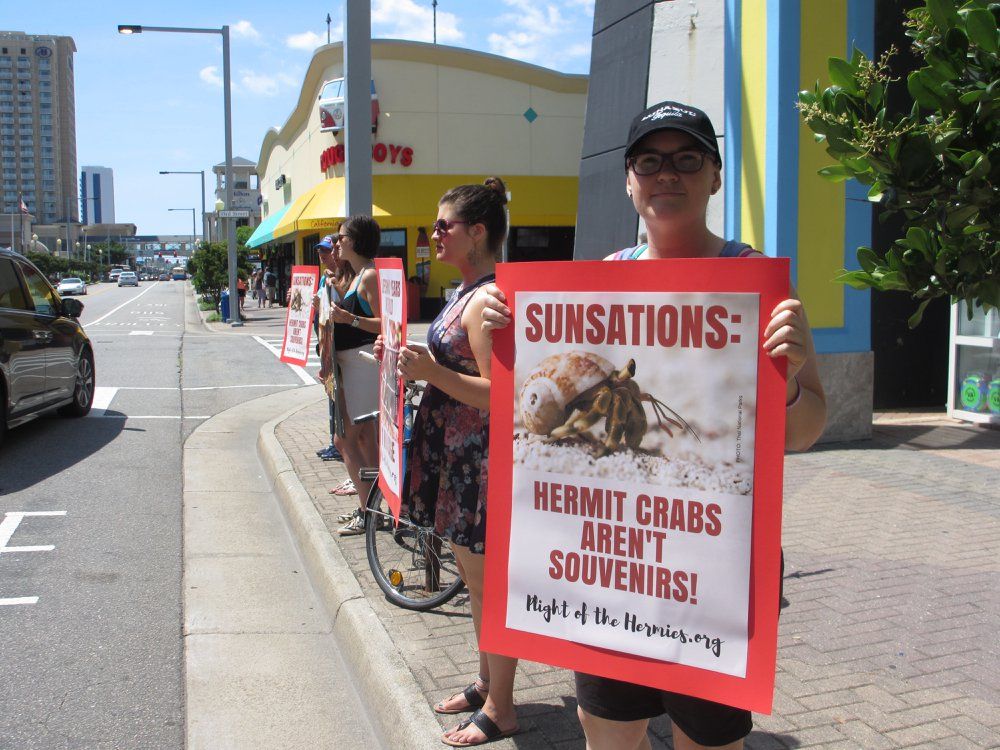 Image Credit: Plight of the Hermies

Sunsations is one of the largest retailers of hermit crabs on the East Coast, selling hundreds of thousands of the animals every year. Sold alone in small, barren cages, these crabs have drastically reduced life-spans once taken from their natural habitat and usually die a slow death due to suffocation, as they need high humidity levels to breathe. Often they die due to chlorine poisoning from tap water or the toxic paint that has been used to decorate their shells.

Plight of the Hermies urges consumers to avoid buying living souvenirs. They will continue to speak up for the hermit crabs, with another demonstration planned next month and more throughout the summer.