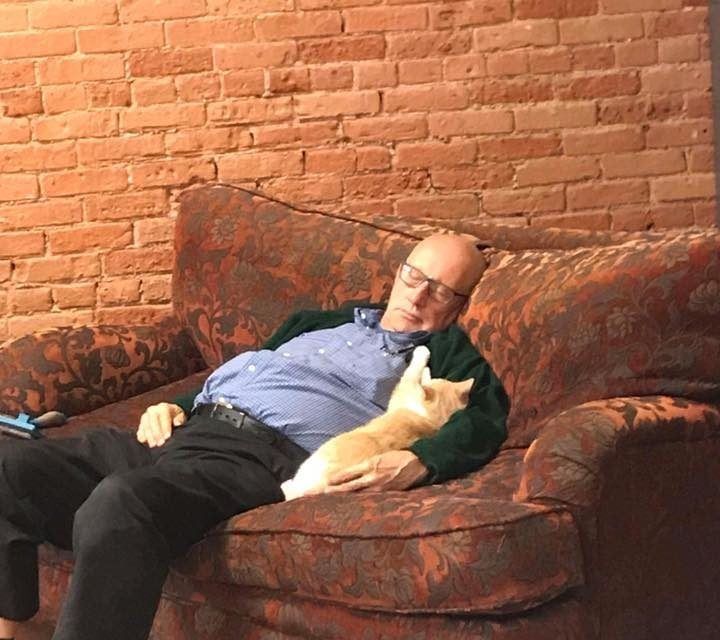 A new vocation has been declared on the internet — cat napper!

Mr. Terry Lauerman has been proclaimed the originator of this envious position and I think that many of us would also love to volunteer for it at a local shelter. Six months ago, this gentleman started working for the Safe Haven Pet Sanctuary in Green Bay, Wisconsin. He took on the daily job of brushing their cats. After a while he extended his duties and started napping with these furry creatures. As the photos suggest, the four-legged residents found the snoozing seventy-five year old a congenial person to cuddle up with.

I’m sure if the cats could be interviewed they would unanimously agree that he is undoubtedly one of their favorite people. However, we have to defer to one of the staff at Safe Haven to relay their unspoken thoughts: “We are so lucky to have a human like Terry. Terry just came along one day and introduced himself. . . . He brushes all of the cats, and can tell you about all their likes and dislikes. He also accidentally falls asleep most days. We don’t mind – Cats need this! Terry is a wonderful volunteer.” 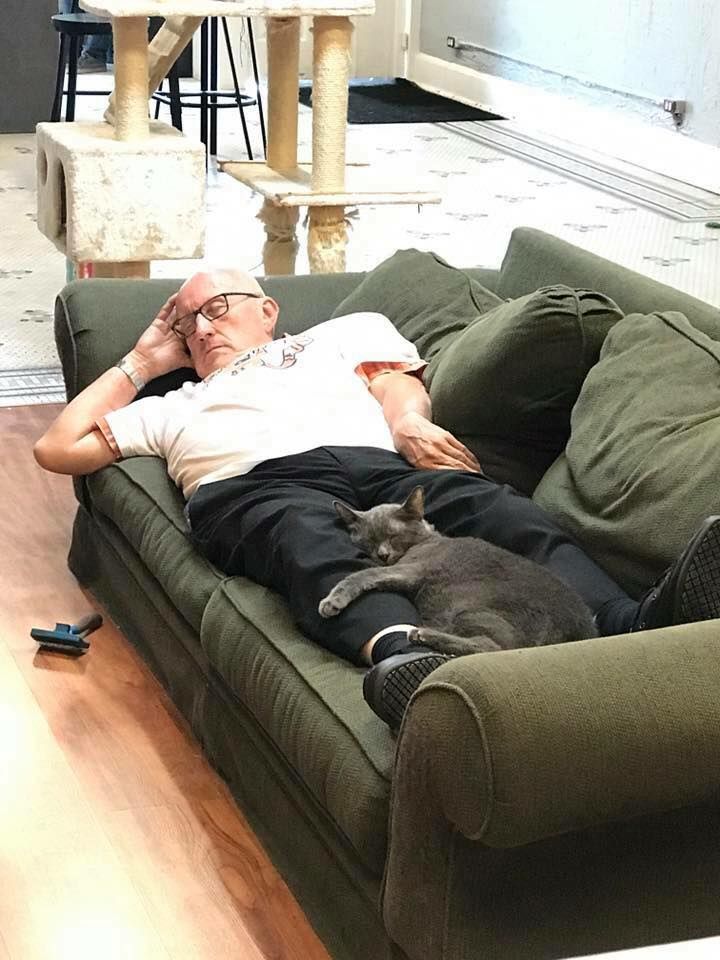 Elizabeth Feldhausen, the founder of Safe Haven, states that it is a special feline cage-free rescue shelter. It takes in hardship cases and cats that are slated for euthanasia, so Mr. Lauerman’s active and passive work is a godsend to them. Ms. Feldhausen also says that “Terry and I do not know what to think about all the attention. He’s just SO happy that his accidental nap is raising money for his loved ones, the cats.” Since their Facebook post went mega-viral, Safe Haven has received about $30,000.00 in donations.

Mr. Lauerman embodies the humanitarian spirit that is raising our consciousness. Numerous people across the United States and the world are becoming more aware of the importance of compassion to our fellow inhabitants, so we are witnessing a proliferation of volunteer groups with startling adoptions.