6th Annual Recycle Bowl: Schools Compete to Save the Earth 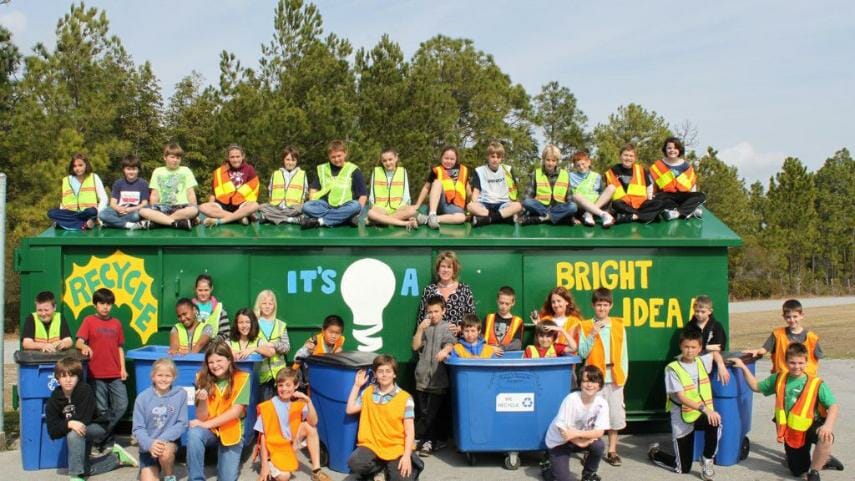 Kids, teachers, parents, and communities across the United States are gearing up for a race – but not the kind that requires running shoes.  October 17th marks the start of Keep America Beautiful‘s 6th Annual Recycle Bowl, a waste-reduction competition focused both on action and education.

“It’s an opportunity for the community to come together and work for a common cause,” Brenda Pulley, Senior Vice President of Recycling for Keep America Beautiful told Lady Freethinker.  “A very important one.”

According to the Environmental Protection Agency, Americans generated 254 million tons of trash in 2013, creating 4.4 pounds of trash per person per day – making us one of the top five waste-producers in the world. But recycling and composting that year also reduced carbon dioxide emissions from landfills by an amount equivalent to having kept 39 million cars off the road.

Open to all elementary, middle, and high school classrooms, participating communities during the Recycle Bowl rush to gather as much recyclable material they can, competing with local and national rivals based upon the actual weight of material collected.

“Many schools use the Bowl as a springboard to strengthen their current recycling programs – or if they don’t have one, to start one,” Pulley says.

The Bowl is scheduled to end on November 15th, which – not coincidentally – is America Recycles Day, the only nationally-recognized day dedicated to increasing recycling.  Keep America Beautiful hopes that by then, participants will have taken the #BeRecycled pledge to “Reduce, reuse, and recycle” in all aspects of daily life.  Nearly 70,000 people have signed the pledge so far.

Last year’s event drew 700,000 students and teachers from across 1,265 schools nationally, recovering 3.9 million pounds of recyclables across 46 states.  But the program hopes to have a longer-lasting impact, and the evidence demonstrates that it has been successful: schools that participate in the Recycle Bowl recycle 10% more than those that do not.

“One of the main objectives is for the competition to create a habit within the students,” Pulley says.  “Today’s students are tomorrow’s recycling leaders, and we hope to spark a fire that will continue to burn for the rest of their lives.”