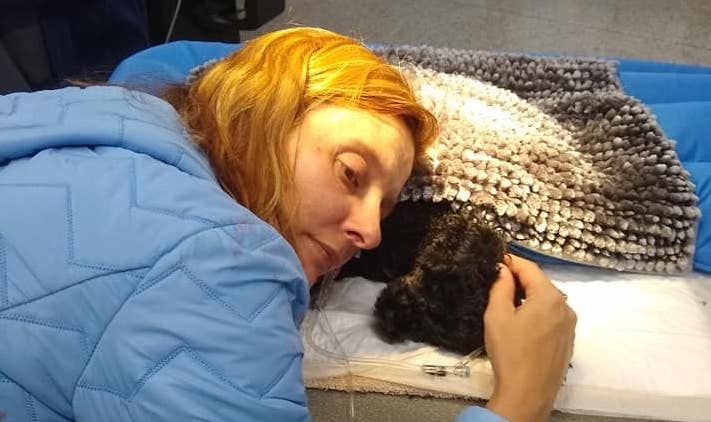 A five-pound toy poodle gave up his life to save a North Carolina family from a bear.

Early in the morning of September first, Tiffany Merrill and her two daughters let their dog Pickles outside, leaving the door open. Then a bear lumbered into their home — and they thought that they would be mauled.

Tiffany jumped behind a couch and shouted to her two children to hide in their bedrooms and shut the doors. The bear then became aggressive and started charging at her; but then, Pickles ran into the house and started to bark loudly. The bear’s attention was averted, and the aggressive animal followed Pickles outside where the feisty dog was severely wounded and died shortly afterwards.

In a Facebook post,Tiffany wrote that “we lost a big part of our family” and that they are “heartbroken.”

Overnight, the heroic exploits of Pickles were broadcast from coast to coast.

Pickles may have been small, but he was a true hero and will always be remembered for his bravery and unwavering love for his human companions.