Home » Uplifting » 10-Year-Old Girl and Her Grandpa Given First ‘Homo Ahimsa’ Award for Their Vision of a Vegan WorldBy Lex Talamo | February 24, 2021 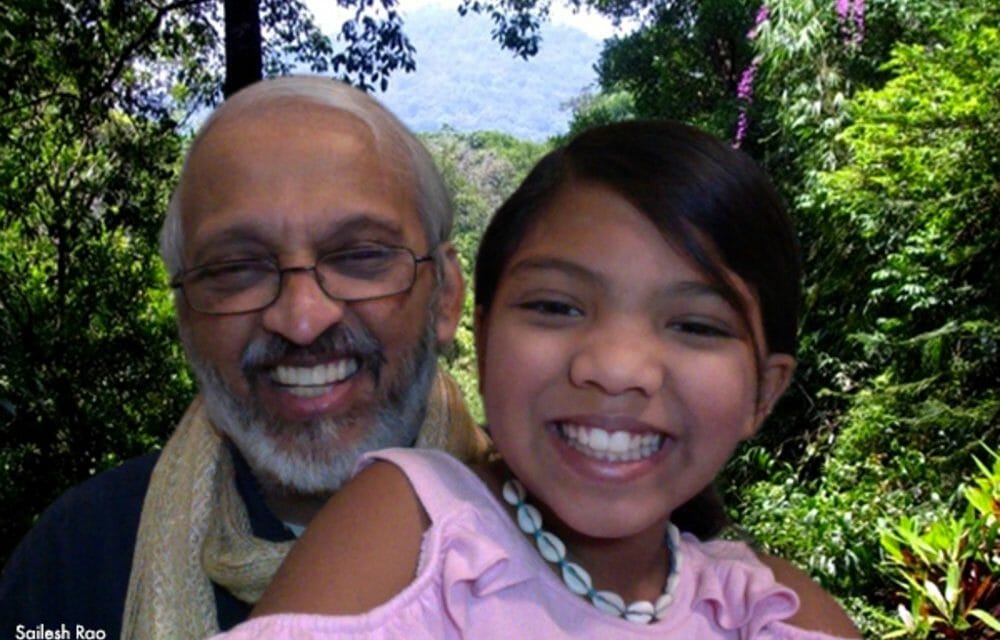 A 10-year-old girl from Arizona and her grandpa received the first ever “Homo Ahimsa” award from the Interfaith Vegan Coalition this year for their vision of a vegan world by 2026.

“Ahimsa” comes from a Sanskrit word meaning “no harm” or non-violence. “Homo Ahimsa” is a term coined by the coalition’s co-founder, Judy Carman, to describe a kinder, more compassionate humanity committed to ending violence against animals, people, and the earth.

The new award from the Coalition, an initiative by the animal welfare nonprofit In Defense of Animals, seeks to honor and recognize those who advance the nonviolent, respectful, and compassionate treatment of all beings.

The Coalition has its own clever standards for defining ‘AHIMSA,’ via an acronym developed by Jay Dinshah of the American Vegan Society: Abstinence from animal products; Harmlessness with reverence for life; Integrity of thought, word, and deed; Mastery over oneself; Service to humanity, nature, and creation; and Advancement of understanding and truth.

Rao, who holds a doctorate in electrical engineering from Stanford University and is the founder of the nonprofit Climate Healers, made his granddaughter a “pinky promise” of a better, vegan world by 2026.

The promise he made to Kimaya was “a promise made to a child for all of us,” he added on Climate Healers’ website.  The site notes that a vegan world by 2026 is necessary for ethical reasons, as well as out of “sheer ecological necessity.”

Both Rao and Kimaya are HEAL activists — which stands for Human, Earth, and Animal Liberation.

He’s written two books about environmental impacts and served as executive producer of four documentaries — including 2014’s Cowspiracy and 2017’s What the Health.

She’s starred as an Animal Hero Kid in videos produced by the Million Dollar Vegan Campaign.

“In such a Vegan World, there would be neither child labor for conflict minerals and cocoa production nor slave labor for tomato picking and strawberry picking,” the campaign’s website notes.

According to the campaign, in addition to necessary ecological, economic, and political shifts, society also will need to undergo spiritual mindset shifts — from animal slavery to animal liberation, deliberate cruelty to compassion for all life, from religious divisions to acceptance of all faiths and non-belief traditions, and from an ‘ego-centric’ to an ‘eco-centric’’ model of life.

Lady Freethinker applauds this dynamic duo for their vision of a world in which humanity can play a more considerate, compassionate, and non-violent part.