UPDATE: Woman Who Kicked and Bit Puppy Gets Jail and Lifetime Ban on Having Animals

Home » Update » UPDATE: Woman Who Kicked and Bit Puppy Gets Jail and Lifetime Ban on Having AnimalsBy Lex Talamo 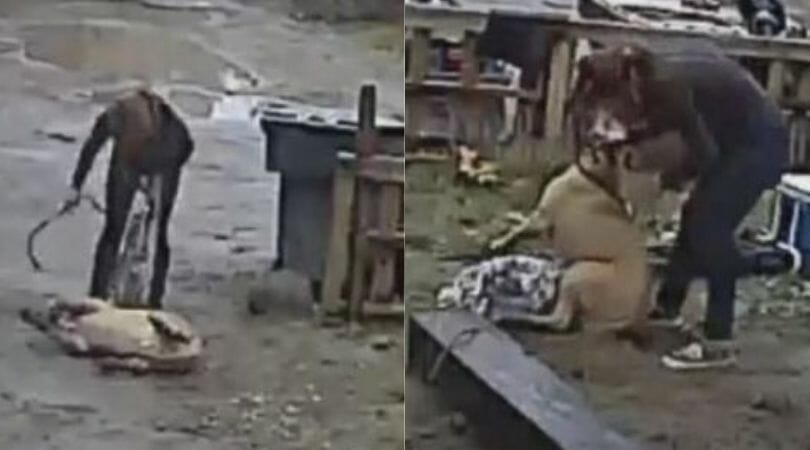 A woman who brutally assaulted her 8-month-old puppy is now serving two years in the county jail and will never be allowed to have an animal again.

We thank the 33,672 people who signed Lady Freethinker’s petition demanding justice for Caballo, which we sent to the Shasta County District Attorney handling the case. And we applaud the Shasta County Criminal Court for holding this animal abuser accountable.

We’re also very happy to report that Caballo has been adopted and is living happily in a forever home. Haven Humane CEO Mark Storrey told Lady Freethinker his shelter transferred Caballo, for the dog’s safety, to another trusted rescue in the Bay Area where he was quickly matched with and adopted by his new family.

Last January, home surveillance footage captured Xaviera Kayli Ferguson viciously kicking, beating, and biting her mastiff puppy Caballo outside a house in Redding, Calif. The video also showed the innocent puppy had been timidly following Ferguson before she erratically launched into the assault.

Ferguson was arrested in January. She pleaded ‘no contest’ at a hearing in May. Now, her case is closed, with the Shasta County Criminal Court convicting her on a count of felony animal cruelty.

Ferguson will be spending two years in the county jail — close to the maximum sentence of three years the courts said they could impose, according to previous news reports. She also is not allowed to own or possess any live animal for life, according to sentencing documents obtained from the Shasta County Criminal Court through a public records request.

We hope this sends a message to all would-be animal abusers that cruelty will not be tolerated.