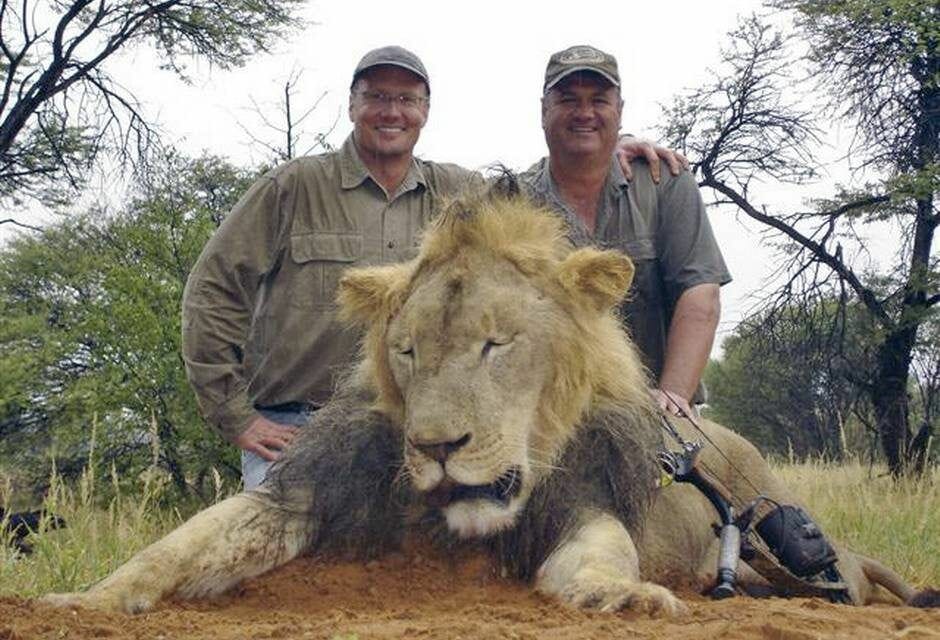 UPDATE (5/3/2022): Sadly, this bill never made it out of the 116th Congress. We hope that the new Congress will introduce similar, common-sense, and lifesaving legislation to protect animals from trophy hunting. We’ll keep watching the situation and do all we can to advocate for an end to this cruel blood sport. — Lady Freethinker Staff.

It was a tragedy that devastated the world. Cecil, a beloved lion who roamed Hwange National Park in Matabeleland North, Zimbabwe, was struck by an arrow the night of July 1, 2015. He spent 12 excruciating hours in agony while hunters waited to make their next move. He was fatally shot with a second arrow the following morning. He was only 12 years old.

Cecil was a victim of trophy hunting — a cruel practice where people track, strike down, and brutally murder innocent animals for fun. Hunters often take a body part as a symbol of their “victory” — such as a rhino’s horn, an elephant’s tusks, or a lion’s head.

But there is hope with a new bill introduced in the US House of Representatives. The Conserving Ecosystems by Ceasing the Importation of Large (CECIL) Animal Trophies Act would put strict limits on importing trophies from foreign countries, helping stop this sickening practice.

The CECIL Act would also extend protections to animals proposed for the Endangered Species Act who are not yet on the list. This would prevent trophy hunters from trying to rush and kill as many animals as possible before the list is finalized.

Trophy hunting is barbaric, and rips wildlife families apart. It must be stopped.

Sign this petition urging Congressional leaders to work to pass the CECIL Act, to put an end to trophy hunting and protect animals from becoming someone’s twisted “prize.”