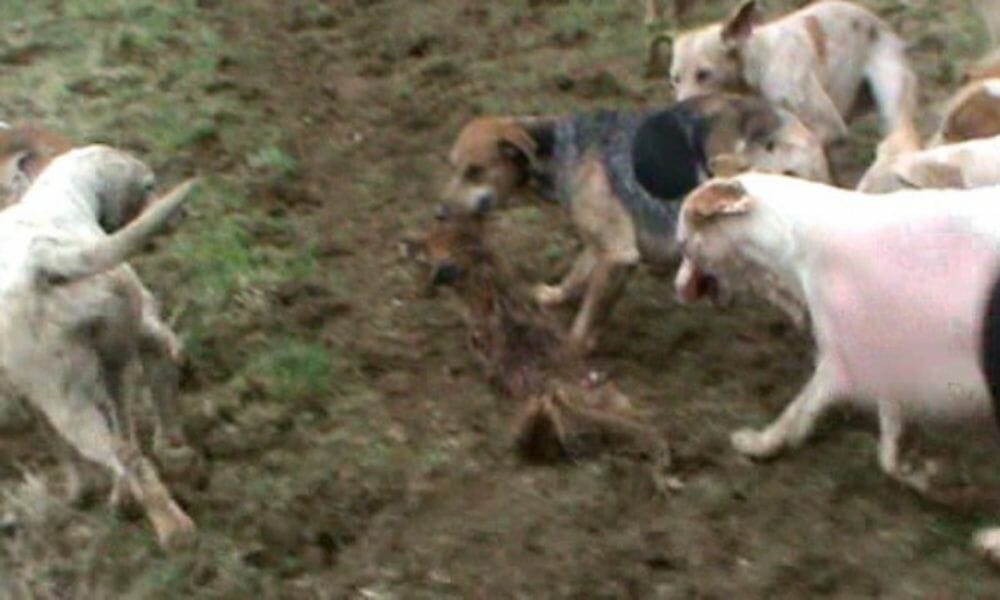 In Northern Ireland, foxes continue to be lawfully torn to shreds by dogs for sport — enduring prolonged suffering from multiple bites, tears, and wounds on the way to their slow, bloody and painful deaths.

But a new bill could end the uncivilized, cruel blood sport and bring Northern Ireland in line with the rest of the United Kingdom, which banned hunting animals with dogs more than a decade ago.

John Blair – the South Antrim Member of the Legislative Assembly (MLA), Chair of the Assembly’s All–Party Group on Animal Welfare – told the Belfast Telegraph that “animals ripped to shreds by dogs is nothing but cruelty.”

Blair said he supports and plans to soon introduce the new bill, which would prohibit people from using dogs to hunt foxes, hare, and stag and also would prevent people setting terriers on wildlife in Northern Ireland.

A poll, commissioned by the League Against Cruel Sports and conducted by the market-research firm Ipos Mori, showed that more than 80% of respondents – including those in rural communities – support the ban.

Sign this petition encouraging Northern Ireland’s lawmakers to reform the country’s outdated hunting laws and join the rest of the United Kingdom in banning brutally cruel dog hunts for good.