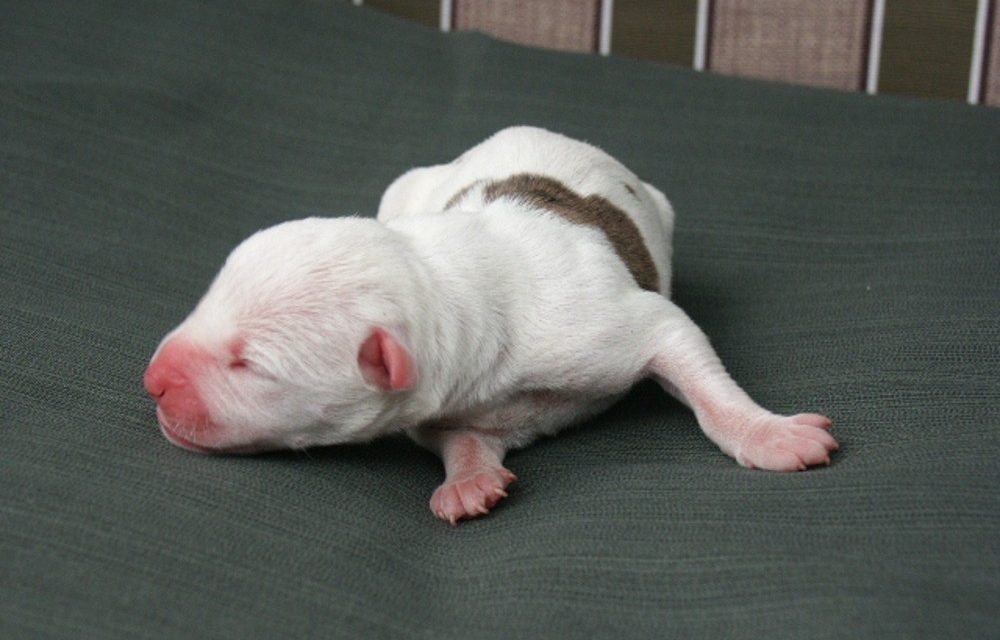 UPDATE (6/16/2022): Porter County Deputy Prosecuting Attorney John Holman told Lady Freethinker that Joshua Weathers, the defendant in this case, has died and as such the case will be dismissed. Prior to the death, the case was headed for a jury trial. — Lady Freethinker Staff

Two newborn puppies were found dead, and a third had to be euthanized due to injuries, after a man in an Indiana jail left his three dogs home alone for several days and reportedly refused to give local authorities permission to provide needed care, according to local news reports.

Officers who initially checked on the dogs reportedly found one dog in a cage with no food or water and one dog in a kiddie pool, according to NWI Times. They then faxed a consent form to the jail, seeking the owner’s permission to intercede and care for the dogs, which he reportedly refused to sign.

Officers then received word that feces was smeared throughout the residence and that a heavily pregnant female dog at the residence had given birth to five puppies. Two of those puppies died, and a third had to be euthanized following severe bites to his head.

Authorities have since charged Kouts resident Joshua Weathers with one misdemeanor count of animal cruelty for failure to adequately ensure proper medical care, shelter, food and safety for the animals, records show.

This act of neglect that resulted in the deaths of three innocent puppies must be taken seriously, including a lifelong ban on owning animals for the individual responsible. Any person who refuses to set up or allow proper care for animals does not deserve to have dogs.

Sign our petition urging the Porter County Prosecutor’s Office to prosecute to the fullest extent of the law the individual responsible for this act of fatal cruelty. We’re also asking Kouts officials to review and revise any codes, ordinances or policies that require people’s permission for police officers or other authorities to intercede in life-threatening situations where animals could die from abuse or neglect.