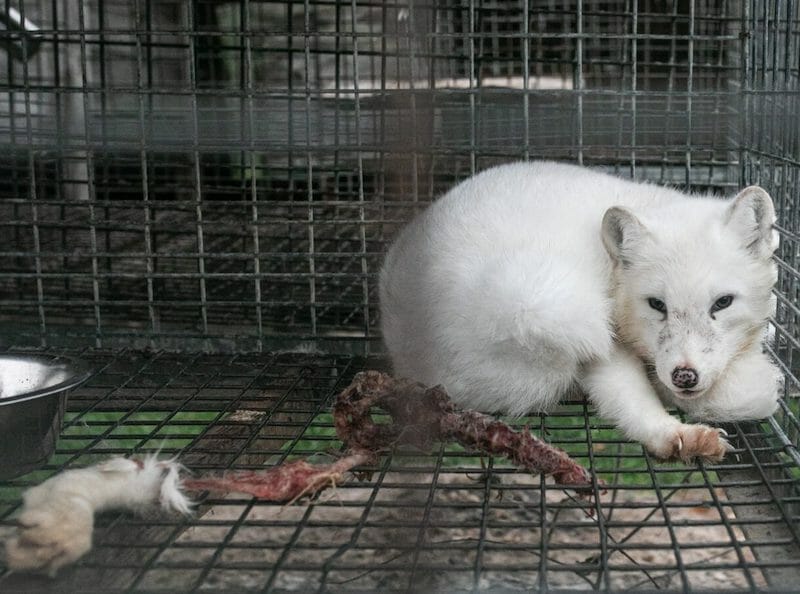 Right now, animals are enduring intense suffering so their skin can be ripped from their bodies just for sickening “fashion.”

A new bill could help stop the horror by banning the sale of cruel products containing fur in Oregon. HB 2676, sponsored by Rep. Rob Nosse (D-Portland), seeks to undercut the brutal fur trade that kills an estimated 100 million animals globally each year.

Fur, whether in full-length coats or added as trim, comes from just two sources: captive-bred animals or those trapped from the wild. Fur farms keep foxes, minks and raccoon dogs in tiny, barren wire cages with barely enough room to move. Animals often self-mutilate from stress or injure themselves in desperate escape attempts. Those trapped in the wild are left in severe pain — without food, water or shelter — for days on end. When trappers return, they often stomp or beat the wild animals to death.

The proposed legislation would make violations a misdemeanor, punishable by up to 364 days in jail and up to a $6,250 fine.  The bill would not apply to leather, cowhide, deerskin, or lambskin used to make clothing.

If HB 2676 passes, Oregon would become the second state to ban fur in the United States. It’s currently up for consideration by the House Committee on Agriculture and Natural Resources.

Sign this petition encouraging the committee to support this important bill and so take a stance against suffering for animals everywhere.