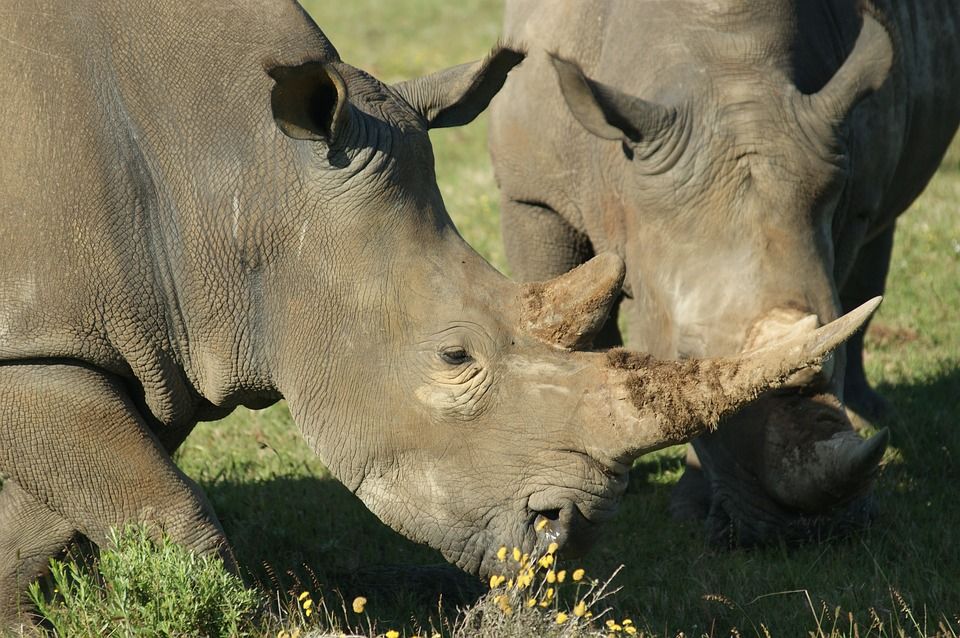 South Africa has stepped onto the world stage as a major player with its compassion for the plight of the rhinoceros. The African News Agency reports in The Citizen that Brigadier Vishnu Naidoo of the South African Police Service, which oversees the Rhino 9 Task Team, is determined to prevent, combat, and investigate rhino poaching. Their praiseworthy efforts have led to the conviction of 365 poachers and smugglers in the first half of 2018.

The result of this activity has been more than encouraging, for it seems likely that the future of the rhino will be secured. Naidoo urged his fellow citizens to contact the authorities so that we can “bring down the scourge of [rhino] crime.” We may hope that other endangered species on our planet be accorded the same aggressive stewardship.

Once roaming Africa and Asia in teeming numbers the rhino population has become depleted for their horns, for the sake of aphrodisiacs, various cures for ailments, or ornamentation. Our fellow animal lovers at Save the Rhino stated that poaching in South Africa alone had escalated to a staggering 9,000% between 2007 and 2014. Although there has been a slight reduction in the killings of these magnificent creatures the figures are still over a thousand per year. The most poignant event was the death of Sudan in April of this year, the last male northern white rhino.

We live in an age that boasts of technological and electronic marvels. It has turned our planet into a closer community and has raised our consciousness to enable shared ideals, most especially for human interaction and how it impacts our planet. There are, however, ancient mythological constructs that still permeate our thinking and have hampered our progress – but they leave deep scars on our morality. The plight of the rhinoceros serves as a sad example of wanton destruction for the sake of satiating baseless ancient notions, most noticeably in Vietnam.

According to the Washington Post, scientists are addressing the issue of rhino extinction, in part through the use of advanced reproductive biological techniques to create a cell bank. And thanks to the vigilant South African government the future of rhinos seems brighter.