SIGN: Justice for Pit Bull Viciously Stabbed to Death in the Streets 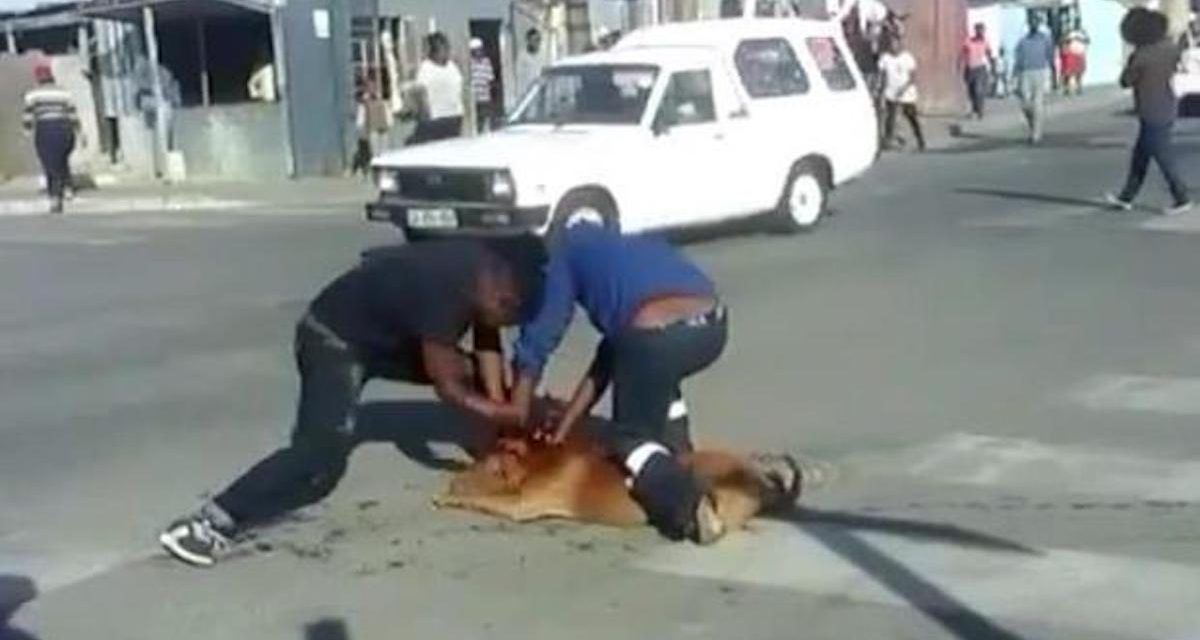 In a devastating and infuriating case of animal cruelty, two men from the South African township of Khayelitsha viciously stabbed a pit bull named Benji to death in full view of neighborhood residents. Video footage reveals the unspeakable horror of Benji’s last moments as he clings to life, unable to defend himself from the savage attack.

Wailing helplessly, Benji is dragged into the middle of the street and repeatedly stabbed and kicked by the two men.

Equally disturbing? One of the perpetrators, Sihle Mbambo, was released on a mere 500 rand ($34 USD) bail and allowed to simply walk free despite being charged with animal cruelty under Animal Protection Act No. 71. This sets a dangerous, and frankly unacceptable, precedent. If bail is set so low, how lenient will be the sentence that follows? Even worse, the second perpetrator is still at large.

Sign this petition to urge the local police department to use all their resources to apprehend the second accomplice, and to urge the Khayelitsha Magistrate’s Court to issue a severe punishment to both perpetrators that is commensurate with the unforgivable cruelty that Benji endured.