This Major City Will Run Out of Water in 90 Days 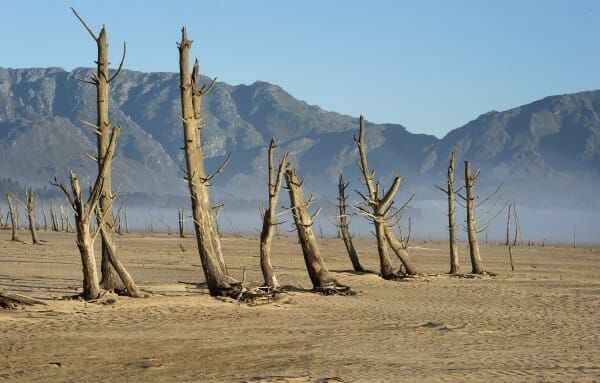 In an estimated 90 days, Cape Town will be the first major city to run out of water. This is not hyperbole or hype— when reservoirs hit 13.5% capacity, the city will turn off the taps for all but essential services.

Cape Town once received an abundance of water in winter. But a lack of rain in recent years has put the city of 3.7 million people in a severe dry spell. It is in the midst of the worst drought it has faced in a century. Despite efforts by the municipal government to curb consumption, residents continue to use water at the same rates.

The city has set a ration of 23 gallons a day but only about half of people are meeting this target. In February it will be reduced to 13 gallons. Households who do not meet the target face a fine between 5,000-10,000 South African Rand (about $400-$800 USD) or have water management devices installed on their properties.

This crisis in Cape Town highlights the need for cities to invest in their resiliency and abilities to deal with challenges related to population growth, climate change, and limited resources. The Cape Town city government are searching for new sources of water and solutions to the pressing problem, but these efforts have proven costly and all of their plans to find alternative water resources are behind schedule (Cape Town water utility already has a deficit of $138.3 million, and it’s expected to rise).

The world is facing a clean water crisis we can no longer ignore, and several cities in Africa are vulnerable to drought and other water-related risks related to climate change. It’s crucial that cities invest heavily in water planning farther in advance—the consequences of Cape Town’s failure to plan, coupled with residents’ continued high water usage, has real consequences and has set an example that other cities must strive not to follow.