In a groundbreaking investigation, Lady Freethinker teamed up with Save Korean Dogs to capture the first known footage of a cruel dog meat farm run by South Korea’s Dog Farmers Association. Located in Gimpo, an area known as the “Valley of Dog Meat,” the commercial, factory-style farm is fully legal, but operating behind closed doors  — until now.

Watch the video, and sign the petition urging President Moon Jae-in to shut down all commercial dog farms in Korea.

LFT’s footage reveals row after row of filthy, rusted metal cages holding up to 1,000 dogs doomed for slaughter. The farmland property was well hidden behind metal walls and decaying tarps. The conditions were deplorable — a literal hell on earth for the captive dogs.

Korea is the only nation in the world with large, commercial dog meat farms like this one. It’s time to stop the cruelty.

The Korean Dog Farmers Association is so intent on continuing to profit from dog torture, they lobby the federal government to keep their unscrupulous trade legal. In a demonstration during one of the recent Boknal “dog eating days,” members ate dog meat at the South Korean National Assembly to taunt anti-dog-meat protesters and rally support for their cruel trade.

While documenting this farm of horrors, LFT’s investigator was even physically accosted by dog meat association workers who were enraged by the filming of their facility.

It’s time for the Korean government to stop letting dog meat dealers win, and finally shut down this brutal industry that kills up to 2 million dogs every year. 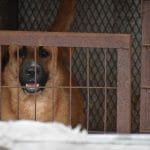 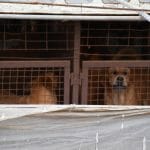 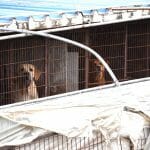 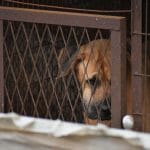 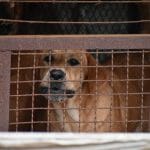 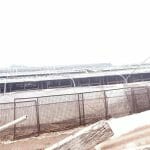 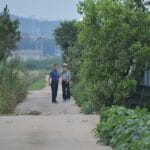 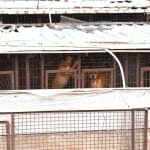 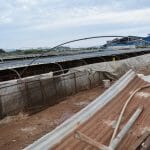