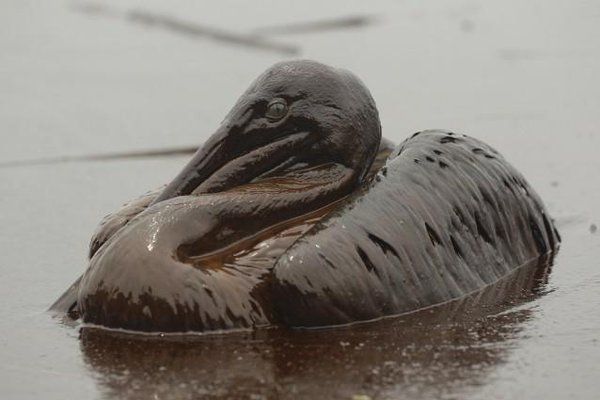 Vancouver Energy, a joint venture of Tesoro Corporation and Savage Oil Company, is proposing the construction of a new oil-by-rail facility. How are they aiming to get their environmentally devastating project up and running? By backing their acquisition with claims that a potential oil spill would actually benefit both the economy and the environment.

The Energy Facility Site Evaluation Council (EFSEC) is holding hearings regarding the construction of the oil facility in Vancouver, Washington. If plans are approved, it would be the largest oil-by-rail in the U.S., handling and transporting some 360,000 barrels of crude oil each day. The plans also constitute a significant increase in the number of oil-carrying trains that pass through the state of Washington.

Witnesses testifying on behalf of Vancouver Energy are singing a different tune, however. They claim that oil spills can be a good thing as they create jobs that help the local economy and benefit the environment.

“When a spill occurs, new economic activity occurs to clean-up contaminated areas, remediate affected properties, and supply equipment for cleanup activities. Anecdotal evidence from recent spills suggests that such activity can be potentially large,” commented Todd Schatzki, VP of Analysis Group, a consulting group that released an economic report on the terminal.

For the Columbia River region where trains from Vancouver Energy’s project would pass through, an oil spill could cost upwards of $170 million in environmental damages alone.

Another witness on the side of Tesoro-Savage, Gregory Challenger, argued that if an oil spill from the proposed oil-by-rail were to occur, it could actually have benefits for fish and wildlife. According to Challenger, when oil spills cause the closure of fisheries or hunting seasons, fish and animals are the ones that stand to benefit. By this logic, the mass destruction of rain forests, the pollution of ocean waters, and the continued poaching of endangered animal populations are great for the environment as well!

The arguments posed by Schatzki and Challenger on the side of Vancouver Energy have little clout, according to environmentalists, those opposed to the construction of the oil-by-rail, and anyone else with half a brain. In early June an oil train on its way to Moiser, Oregon spilled 42,000 gallons near the Columbia River when an it was derailed. The environmental and economic impacts of the spill have proven devastating for the region.

The EFSEC hearings will continue through the end of July. The committee will then submit a recommendation to the Governor Jay Inslee of the state of Washington to approve, conditionally approve, or deny the Vancouver Energy’s project.

In the meantime, Tesoro-Savage will likely continue to produce “inventive” arguments in favor of constructing the oil facility in Washington.

“We see Tesoro moving towards these more desperate arguments to try to downplay the risk of the project,” Dan Serres, conservation director with Columbia Riverkeeper, told ThinkProgress. “It’s hard to imagine that EFSEC will buy the argument that oil spills pose anything other than a grave risk to the Columbia River estuary.”