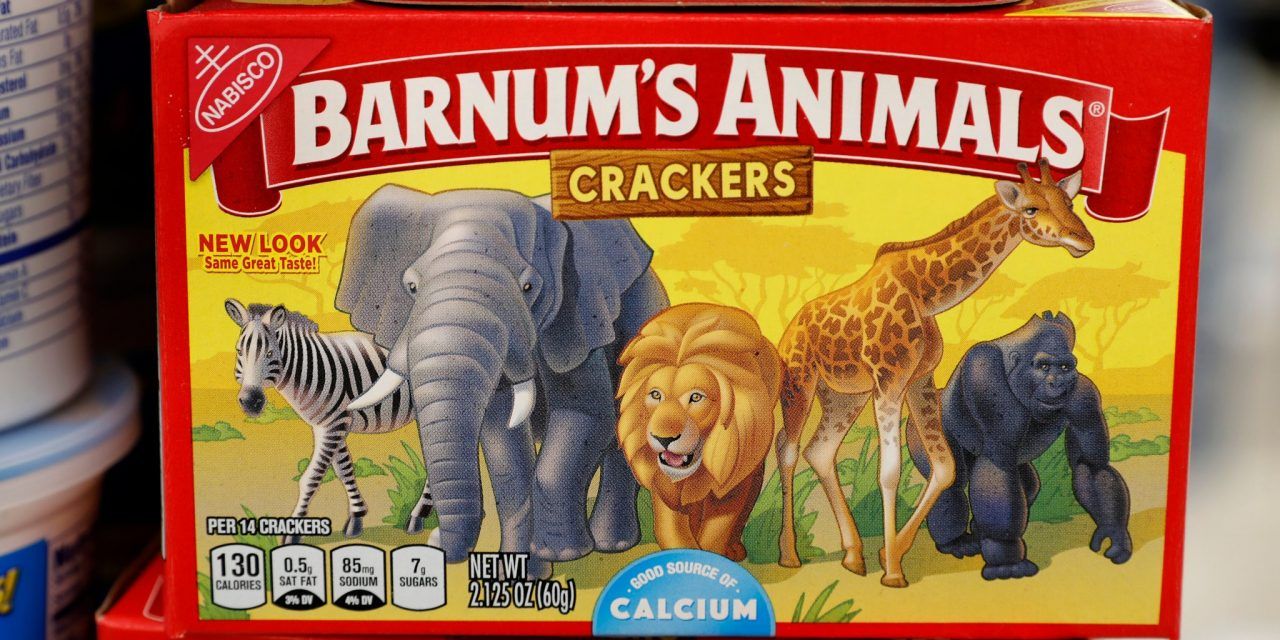 The animals on Barnum’s Animal Crackers packages are finally free.

Mondelez International, the parent company of Nabisco, has decided to revamp their boxes and shift their main image from one of animals behind bars to one in which the animals are roaming in their natural habitat.

In 2016, People for the Ethical Treatment of Animals (PETA) wrote a letter to Mondelez International requesting that cages be removed. They wrote that public sentiment about animal exhibitions has changed and therefore so should product packaging.

In their letter, PETA stated, “circuses tear baby animals away from their mothers, lock animals in cages and chains, and cart them from city to city…. they have no semblance of a natural life.”

Depictions of animals and systemic violence in the media are so embedded it is often not easy not to pick them out. But it is essential to monitor and question the images and story lines we are being fed. Without critiques and thoughtful consumption of these images and narratives, we are tacitly approving of abusive and speciesist behavior.

This shift in the image on animal cracker packages may not seem like big news. But while other victories are much more tangible, this packaging update holds at least some significance and highlights a symbolic bit of forward progress for the animal rights movement and what humans view as acceptable treatment of other species.