Captured on video during a peaceful demonstration by Animal Rebellion, the footage shows a male protestor pouring red dye into one of the fountains at the famous London landmark, showing his stained hands to the crowd.

The camera pans to the second fountain, where a female activist also wades in a pool of blood-red water, holding her hands up for everyone to see.

“Animal Rebellion has now dyed the Trafalgar Square fountains red, symbolizing the blood that is on the hands of the UK Government,” the group wrote on Twitter. “We are here today to demand that the Government prevent future pandemics by ending animal farming and transitioning to a plant-based food system.”

According to the Metropolitan Police, the two protesters were arrested on suspicion of causing criminal damage. Demonstrations like this one, however, help shed light on the atrocities that cows, pigs, chickens, and others endure every day on torturous factory farms. 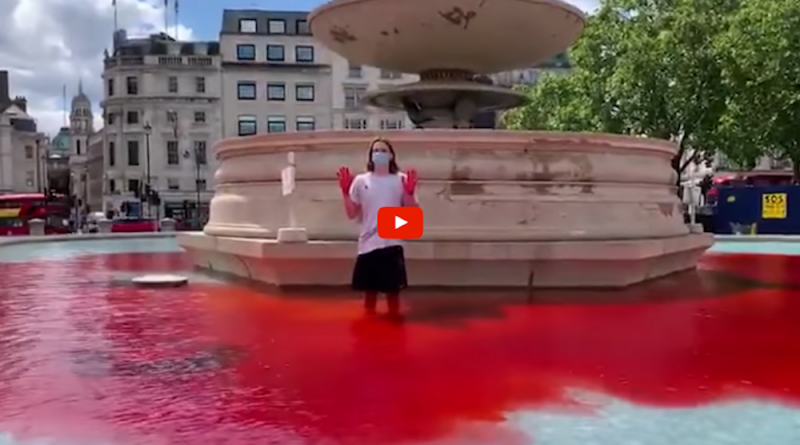