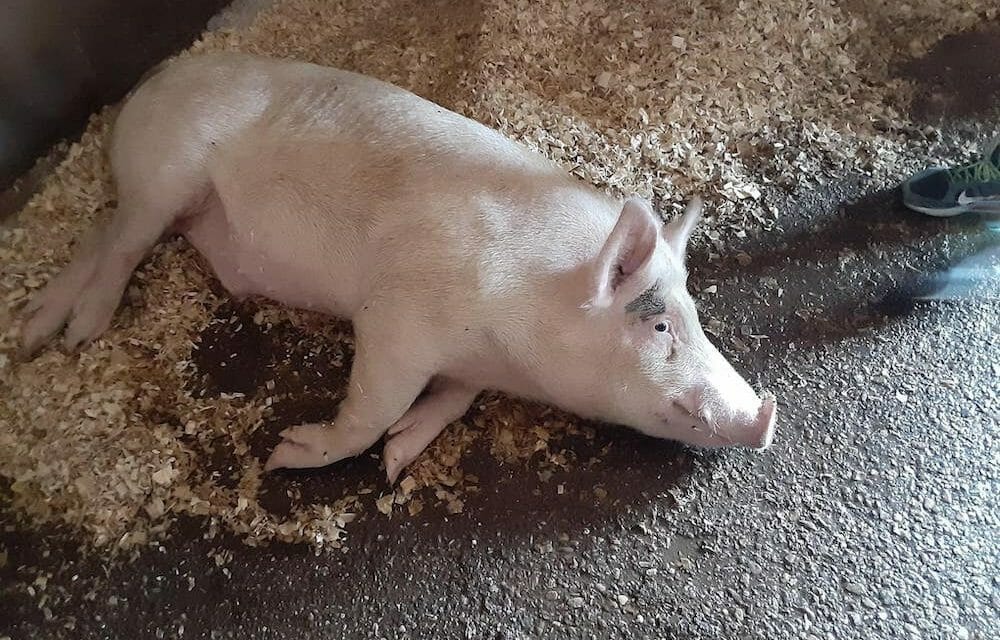 After narrowly escaping vile abuse and certain slaughter, a pig destined to become a Mother’s Day meal is now recovering and will soon be on his way to an animal sanctuary in Florida.

After receiving some much-needed love and care at Rescue Ranch in Louisiana, Homer the pig will move to his permanent residence at Little Bear Sanctuary in Punta Gorda, Fla., where he will be with around 150 other animals, including over 70 rescue pigs.

“We just completed a brand new, five-acre section for pigs,” said Chris Vane, the sanctuary’s Executive Director. “It’s the perfect piggy paradise. There are hundreds of trees and shade, and a mud wallow.”

Originally purchased to be killed and eaten on Mother’s Day, Homer lucked out after witnesses saw two men pummel the hog-tied pig around his head and neck with a broom handle and set their two pit bulls to attack him, as he tried to flee in terror. When police arrived, they discovered the eight-month-old pig bleeding and scared. He had suffered a puncture wound on his hindquarters, a slashed rear foot, and a torn ear.

This is a happy ending for Homer, but he still deserves justice. The abuse and terror he had to go through is unacceptable. Sign Lady Freethinker’s petition to speak out against animal cruelty and ensure the perpetrators of this heinous crime are prosecuted to the fullest extent of the law. 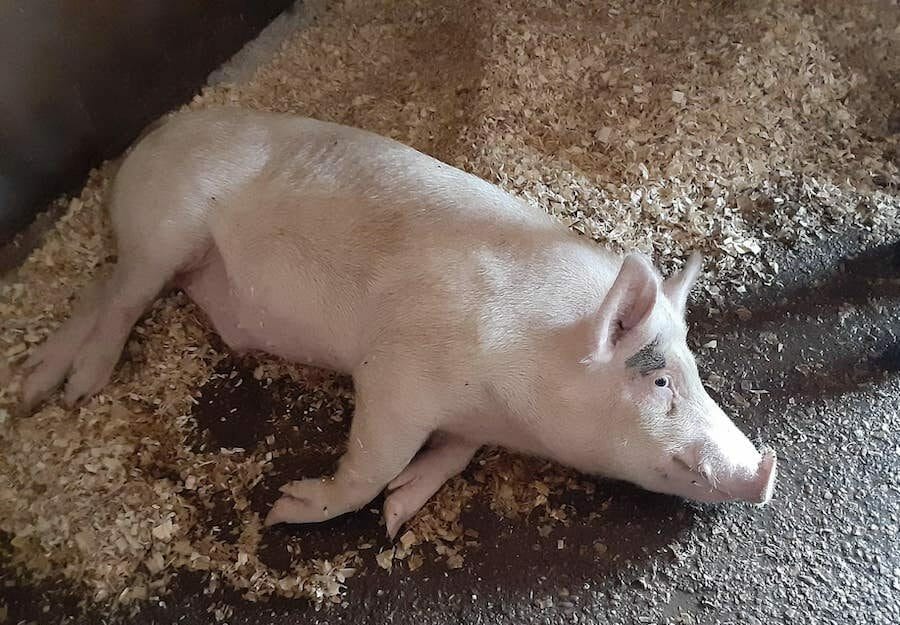