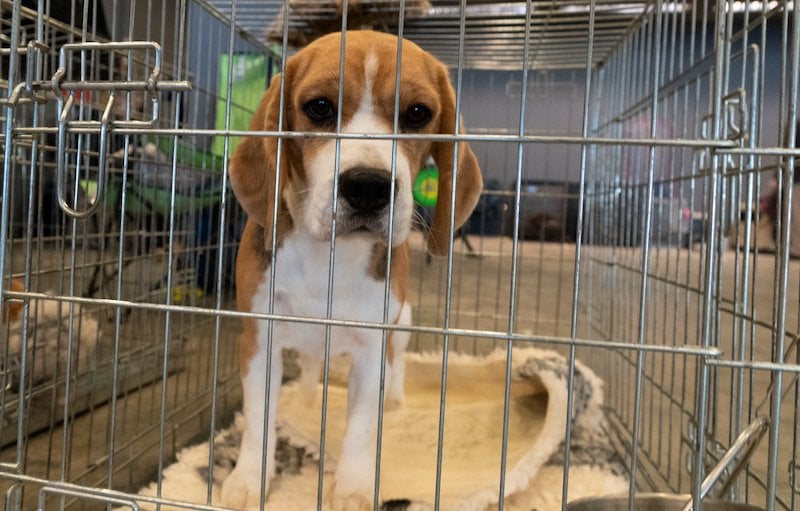 A compassionate, cutting-edge medical advisor who recognizes the gruesome reality for animals brutally abused in laboratory testing could be in the United States’ future – if government leaders heed the well established and growing scientific evidence that animal testing is inhumane, unreliable, and unsafe.

Anthony Fauci, who has served as the director of the National Institute of Allergy and Infectious Diseases (NIAID) for the last 38 years and also served as U.S. President Joe Biden’s chief medical adviser, recently announced he’ll be retiring at the end of the year.

That leaves an opening for NIAID and the President to usher in a new era of what’s truly in the best interest of humans – as well as that of the millions of defenseless animals exploited and killed in laboratories every year.

During his leadership, Fauci approved and oversaw a number of cruel and costly experiments on innocent animals that have not resulted in any treatments for suffering humans to date.

One of those experiments involved a $1.68 million study that force-fed poisons to 44 beagle puppies, aged 6-8 months old, until they died or were killed and dissected, according to an exposé by White Coat Waste.

In another study, scientists cruelly severed dogs’ vocal cords — with no apparent purpose beyond keeping the animals quiet in labs while they endured painful procedures, at a cost of thousands of dollars to taxpayers.

Leading scientists are increasingly condemning animal testing, pointing to undeniable differences in genetics between humans and other species that make translating results unreliable and unsafe, products that passed safety tests on animals but led to human harm and death, and products that may have helped humans but failed tests on animals.

Ethical, human biology-based alternatives are the way of the future — and NIAID and the U.S. Government now have a chance to install a replacement who will listen to scientific evidence and clear a path for compassionate alternatives to animal testing.

Sign our petition urging President Biden and NIAID to choose a new director and medical advisor who will do what’s truly in the best interest of both people and defenseless, sentient animals by prioritizing human biology-based alternatives to cruel tests on animals.