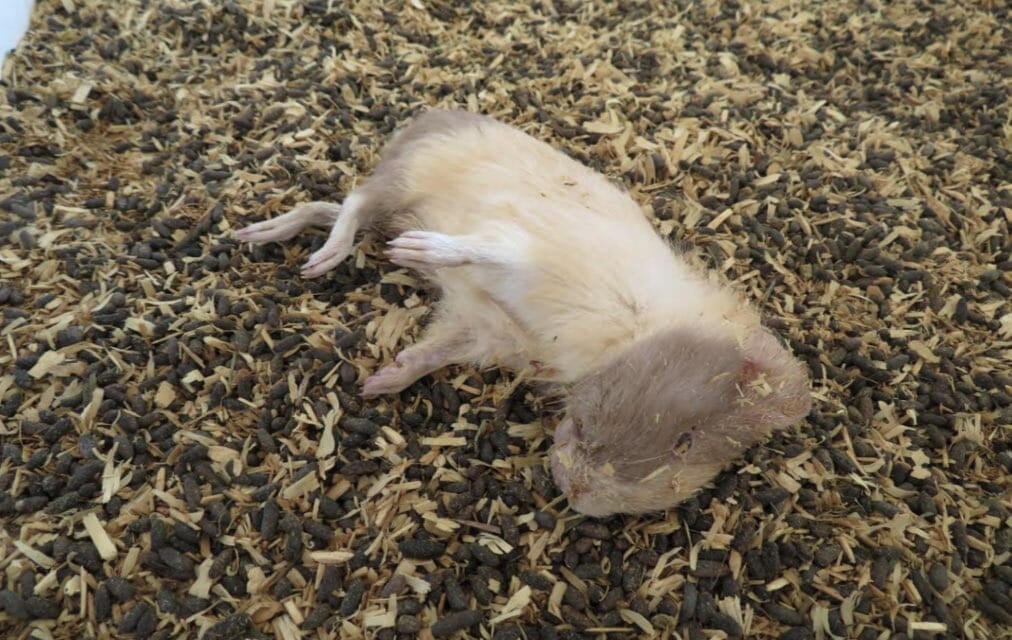 UPDATE (9/27/2022): As of Sept. 27, 2022, fifteen of the breeders we covered have cancelled their licenses and the USDA has taken action against enforcement action against several. (Please see the bottom of this petition to see the enforcement action taken by the USDA following the release of our report.) However, of the 28 breeders still licensed, all but two had violations that extended into 2022. We’re continuing to watch these tragic cases and advocate for these guinea pigs. – Lady Freethinker Staff

A sick newborn guinea pig —  his eyes sunken and crusted shut — quivered in an enclosure crowded with 13 adults. Another newborn with an untreated eye abnormality also stared at the world through swollen, crusted eyes.

Nearby, a third newborn — dead, and trampled by other guinea pigs to become “embedded” in the feces-saturated bedding — also caught the eye of an inspector from the United States Department of Agriculture (USDA).

The more than 1,200 guinea pigs  — suffering from untreated illnesses, filthy conditions, and a lack of access to clean food, water, and bedding at the single Pennsylvania breeder’s licensed facility — were just a fraction of the small animals who faced similar deadly conditions in dozens of USDA licensed facilities throughout the state of Pennsylvania.

Thousands of the animals had no access to clean food or water at the time of USDA inspections, and inspectors noted enclosures encased in spiderwebs, with floors falling out or holes large enough to let guinea pigs escape. Two breeders were using blunt force trauma — or hitting animals with  heavy objects to kill them — in violation of the federal Animal Welfare Act. 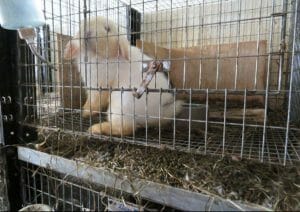 Yet only two of these licensed breeders received any official enforcement action from the USDA, although some had multiple noncompliances cited in the same year, and some had noncompliances back through 2014, according to a USDA enforcement database.

In the very few instances of accountability, state law enforcement, acting on animal cruelty tips, were the ones who stepped in for some of these innocent animals suffering in silence.

These thoroughly inhumane and unacceptable conditions for guinea pigs and small animals — which appear to be the “norm” for more than two-thirds of the licensed guinea pig breeders in Pennsylvania — must stop.  Conditions must be immediately improved to comply with federal animal welfare mandates, or these breeders must face accountability for their actions.

Sign our petition urging the USDA to penalize breeders whose operations clearly and repeatedly violate animal welfare standards and cause innocent animals to suffer — as the agency is supposed to be doing anyway.

After signing, you can read about LFT’s full investigation here. 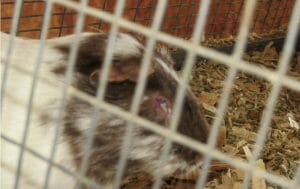 USDA ENFORCEMENT ACTION SINCE THE RELEASE OF LFT’s REPORT