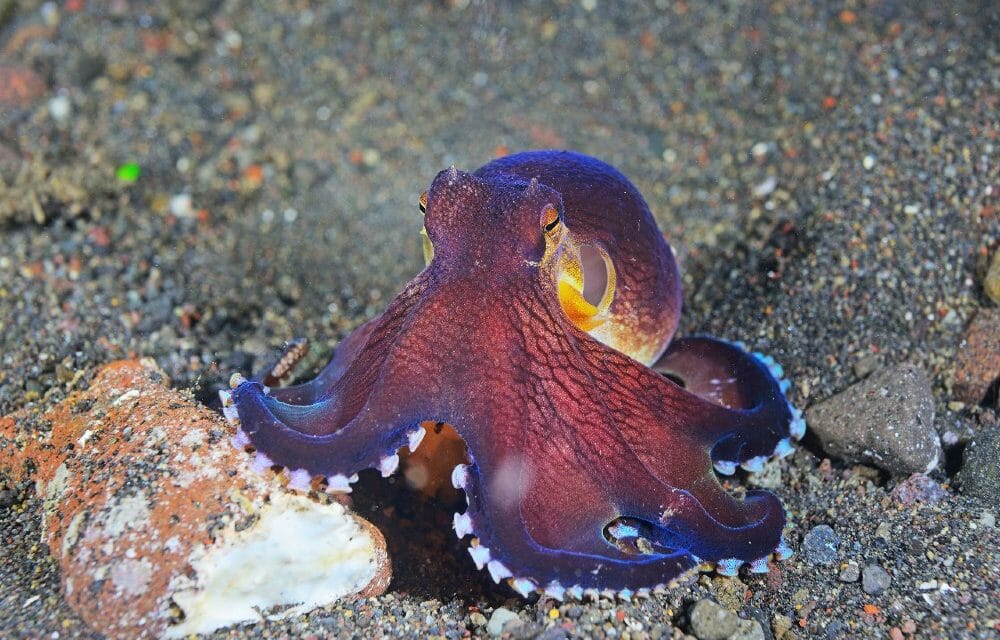 UPDATE (3/7/2022): Details have surfaced that Nueva Pescanova plans to implement the commercial octopus farm in a 52,000 square meter space in La Esfinge Dam, where it will breed and raise common octopus whose larvae reportedly will be fed with algae and whose adults will be fed with “feed and crab,” according to The News 24.

That outlet also reported that the company acquired the captive breeding patent in mid-2019 from the Spanish Institute of Oceanography and is waiting on permits from the Canadian Government (including the General Directorate of Fisheries and the General Directorate of Transition Ecology and Fight Against Climate Change) and is going through the environmental impact validation process and that, should the company’s filings and plans comply, the farm then will be implemented.

We also are sending our petition to the Canadian government in protest and will keep watching this situation. —Lady Freethinker Staff

Thousands of octopus could soon be slaughtered each year – and being kept in undisclosed conditions, with little or no legal protections – if plans for a commercial octopus “farm” in the Canary Islands move forward.

The Spanish corporation Nueva Pescanova plans to open the world’s first commercial octopus farm near Las Palmas in 2023 and declared an estimate annual “output” of 3,000 tonnes (a metric unit equivalent to a bit more than a U.S. ton) of octopus “meat.”

Using as a baseline an adult North Pacific Giant Octopus – the largest known species, which weighs in at up to 0.05 tonnes – that means the slaughter of at least 60,000 captive octopuses each year.

Scientists have known for years that octopus are intelligent and emotionally complex creatures. They play and otherwise interact with human caretakers, or alternatively escape their tanks at aquariums and carry themselves back to the ocean. They can solve puzzles, and have even stolen traps set for them by the fishing industry.

The UK government most recently acknowledged octopuses are sentient by adding protections for them in the Animal Sentience Bill, following a commissioned report from the London School of Economics and Political Science that built upon strong scientific evidence that octopuses can feel a range of emotions.

That report also highlighted that humans know so little about wild octopuses that commercial farming for the intelligent animals would be torture and that the government should consider a ban on such ventures as “high welfare” farming is likely impossible.

Octopuses’ anatomy and behavior also makes them vulnerable to commercial conditions. Without a skeleton to protect them, they could easily become injured. According to conservationists, because they are territorial, if housed in the same tank, they could eat each other.

There also is a human health risk, as numerous studies have shown that other marine dwellers raised in captivity for food are more likely to contract diseases.

Kicking off commercial octopus “meat” farms is the wrong response to these beautiful animals disappearing from the wild. We must speak up now before octopus farming becomes a new form — and norm — for industrialized cruelty.

Sign our petition urging Nueva Pescanova to abandon its plans for this cruel farm and for the Spanish government and the European Union to ban this ludicrous new industry. 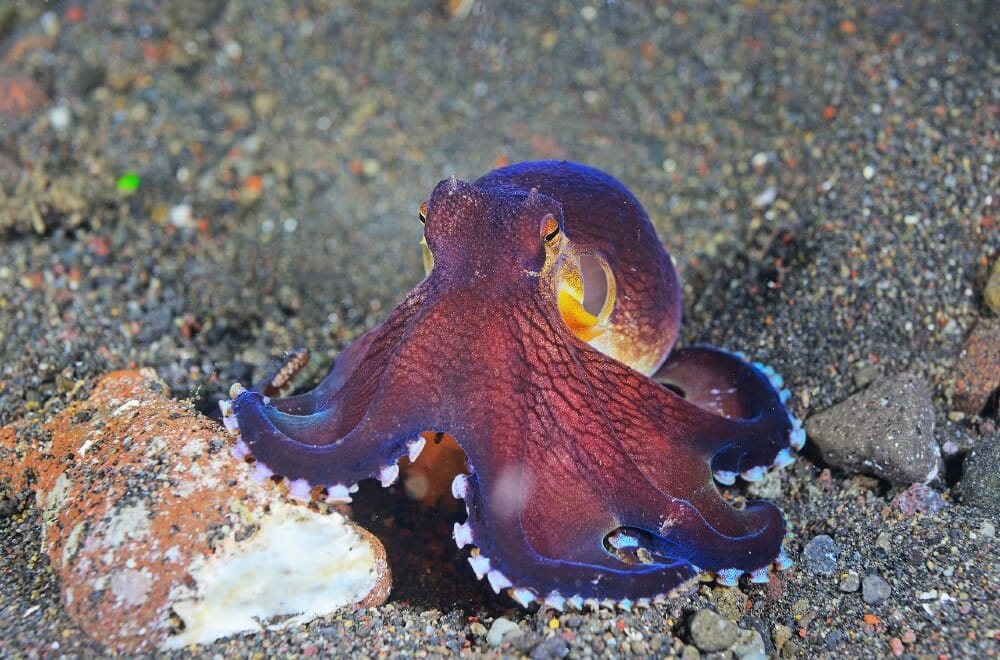