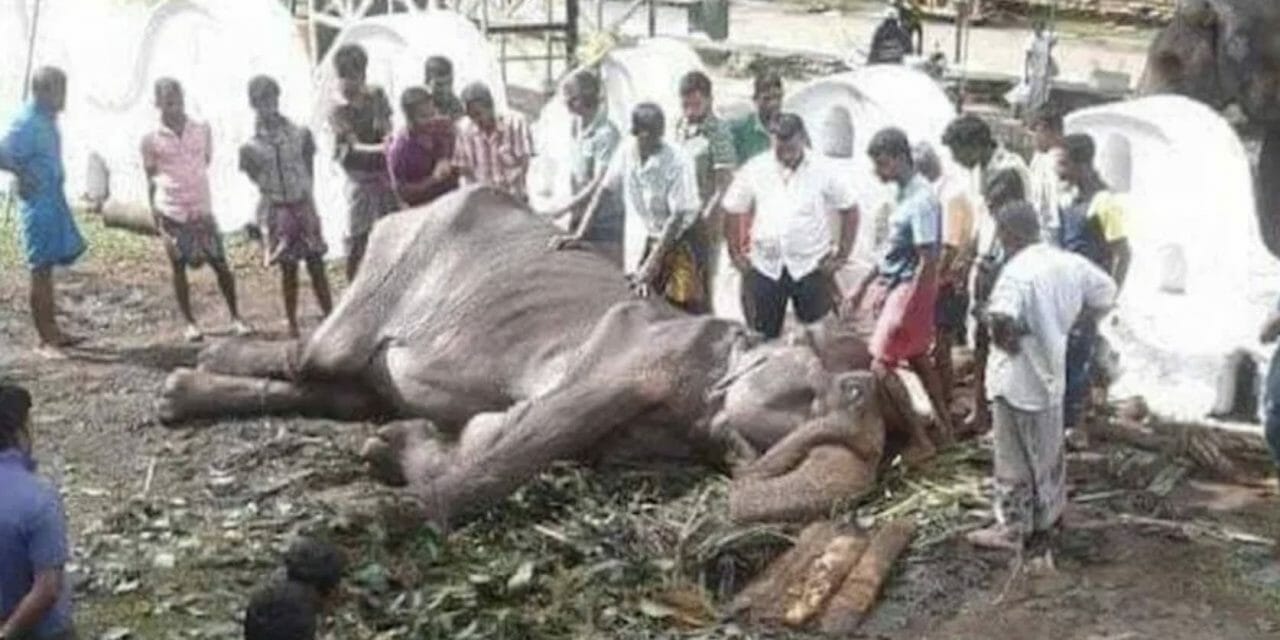 A starved, overworked and dispirited 70-year-old elephant named Tikiri has died after decades in chains.

Last month, Tikiri collapsed and lay helpless in Kandy, Sri Lanka. Her emaciated body could no longer support her brutal work schedule, which involved walking for hours at a time with her legs shackled in chains in the annual Perahera Festival. And now, she has succumbed to a lifetime of abuse.

When working, her body was hidden underneath an elegant costume and her face covered by a mask. This way, nobody could see her bony body and desperate eyes as she was forced to walk night after night in a loud, crowded ceremony.

“She is one of the 60 elephants who must work in the service of the Perahera Festival in Sri Lanka this year. Tikiri joins in the parade early every evening until late at night every night for ten consecutive nights, amidst the noise, the fireworks, and smoke,” wrote Lek Chailert, founder of Save Elephant Foundation, in a Facebook post.

Amidst massive public outcry, Tikiri was removed from her remaining festival duties.

Tourism and wildlife minister Amaratunga said in a statement, “Considering what has transpired, I have ordered officials to initiate an inquiry and ascertain how and why an elephant in such poor health was used in the perehara (pageant) and to take necessary action against those responsible.”

But Tikiri was not alone. Hundreds of elephants in Sri Lanka are enslaved and forced to work for their entire lifetimes. In Southeast Asia, approximately 3,000 elephants are imprisoned; many face beatings and other violent abuse.

We must speak out to save elephants like Tikiri from a life of neglect and abuse.

Sign this petition urging Minister of Tourism Development Amaratunga to stop forcing elephants to work in parades for human entertainment, so no more innocent animals suffer and die as slaves like Tikiri did. 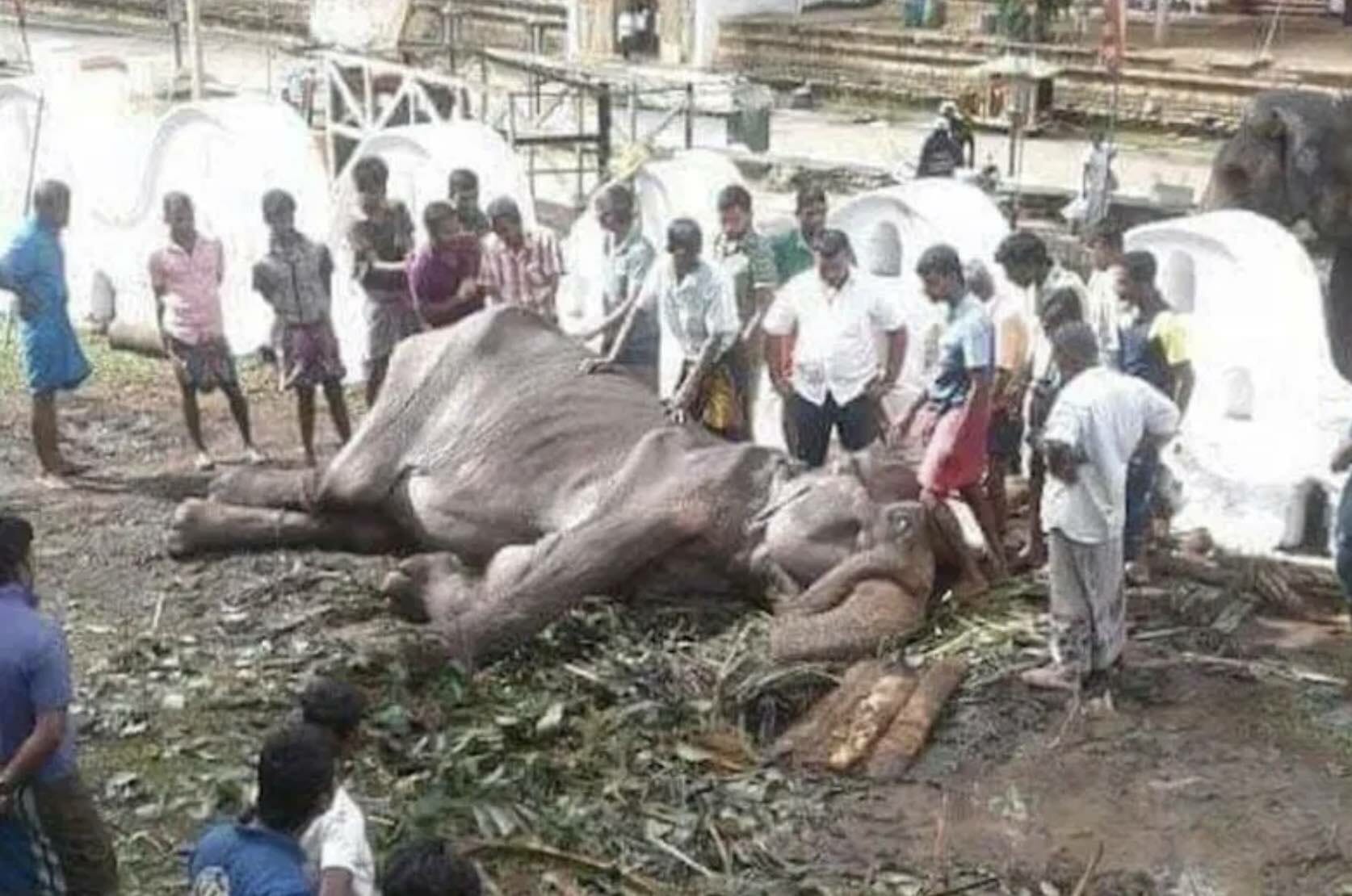